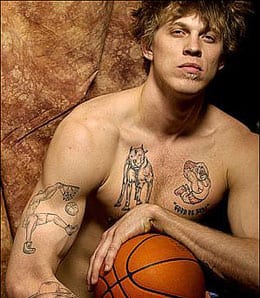 Dashaun Wood, showing off his funky belt, led the Raiders to a upset with in the Horizon League Championships. WRIGHT STATE RAIDERS SKINNY: I just want to say that I just, in my head, guessed Wright State’s nickname correctly. I said ‘I bet they’re the Raiders.’ And I was right. And no, I’m not losing […]