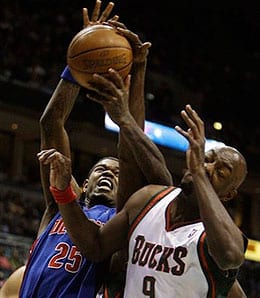 Tiny Earl Boykins will have huge value with Michael Redd done for the season. Whoever jumped the gun about 10 days ago and suggested Michael Redd was done for the year was just a bit ahead of their time. Yesterday, the Bucks shut down the ailing Redd, ending yet another fantasy stud’s season early. In […]