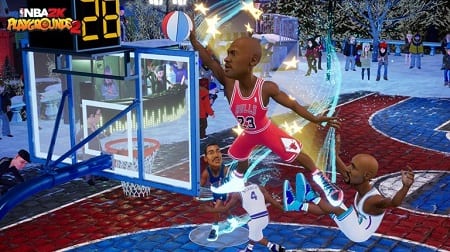 The Wire Troll: Mike James Should Rise in Phoenix

This is a dude that is seemingly always on the periphery of Fantasy value, making for a good waiver wire pickup at various times during the season. On Friday, Williams showed his upside, with 17 points, nine rebounds, three treys, one assist, one steal and one block. His three-point shooting is a chief allure, but has been a bit down lately, so it was great to see him go off. Williams is seeing more minutes lately, and while hasn’t been jacking up quite as many treys, he remains an elite FT shooter. If he starts hoisting treys at the same rate as he did in the last two seasons, his value will rise significantly. The big issue for owners here is Williams’s lack of consistency. That’s frustrating when you see him throw up periodic sweet lines like on Friday and the previous Friday (16 points on 6-of-7 shooting, with six boards, two steals and a block).

Abrines enjoyed a fourth double-digit scoring effort in five games, shooting very well over the last three contests specifically. He’s been filling it up from downtown, which is good, because he doesn’t really offer much in the way of peripheral stats, so he’s all about scoring and treys. If you need temporary help in that regard, give Abrines a look.

Of course, the other dude that stands to benefit from Jackson being shipped out is Smith. Given that he’s got a long-term contract, Smith might be handed the keys to the offense in Detroit, but again — either way — he’s in line for a boost in PT. Even as the backup, he’s developed some nice chemistry and at times has done a better job than Jackson of running the Piston attack. Smith has put up double-digit scoring efforts in four of the last five games despite getting over 21 minutes of action just once. That’s efficiency, people. So imagine what he’d do with a consistent 25 to 30 minutes.