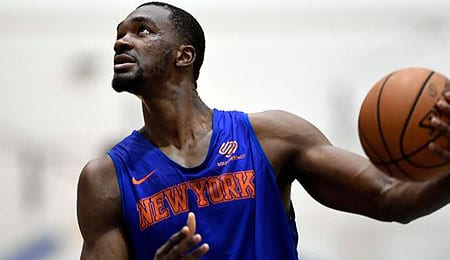 By RotoRob
Tags: New York Knicks, noah vonleh
Posted in BASKETBALL, RotoRob, The Wire Troll | Comments Off on The Wire Troll: Noah Vonleh Establishing Himself as Building Block for Knicks

Allen has been providing some serious “juice” in Memphis recently (take in what we did there), with his most notable performance being a double-double (10 points, 15 rebounds, two steals and a block) against the Celtics Sunday. It’s not clear how long he’ll posing in front of the Grizzlies’ injured backcourt, but based on his recent production; he’s worth taking advantage of – especially for those steals (14 over the five game stretch). Go drink some Allen’s juice now.