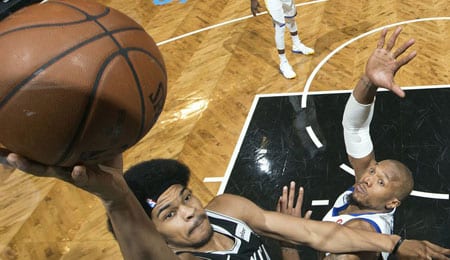 Brown’s last two contests haven’t been stellar, but he started off the week with a career-high 23-point performance. While things still look muddy in Brooklyn, he is racking up a ton of minutes and getting the occasional start, which may ultimately result in more production. Seek Brown out if you need a potential offensive contributor.

The highly regarded prospect from Ohio State is showing marked improvement in his second NBA season as he becomes a force in the paint. Sullinger is shooting an impressive .526 from the floor and .864 from the charity stripe. In his last three games, he has registered 17.3 points per game including 26 on Friday against Portland – a great sign after he had missed the previous game with a knee injury. Sprinkle in seven rebounds per contest over this stretch and you have a productive Fantasy power forward.