The Wire Troll: Your Pocket Needs this Rocket 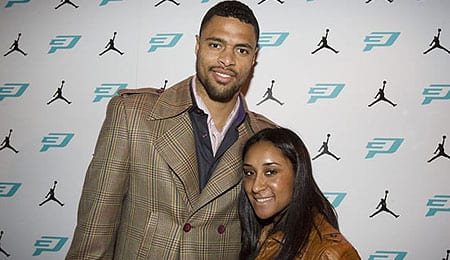 His taste in greasy-faced women aside, Tyson Chandler makes a wise addition to your Fantasy team.

Welcome to the Week Four edition of The Wire Troll, our weekly look at players that may be available on your league waiver wire, but could see a spike in Fantasy value due to a variety of circumstances. This week, those circumstances revolve around injuries, and there are some intriguing opportunities afoot for the vigilant Fantasy player (that would be you, by the way).

Our profiles this week are wide in their variety and diverse in their destiny; some are mere short-term adds, a few should be good to go for a longer period, while still others are good for now, but also carry some significant upside if circumstances change down the road. Interested? We thought so.

Tyson Chandler, Dallas Mavericks: Chandler appears to have assumed the starting job in Dallas, and is also taking on a leadership role on the floor. The big man is averaging 9.2 points, 9.4 boards and 1.4 blocks so far in November, and is shooting a very uncharacteristic 86 per cent from the charity stripe. He’s an injury risk, of course, but as long as TC is healthy and rolling along like this he should be in your Fantasy lineup.

Brad Miller, Houston Rockets: Yao Ming is hurt (again), and while this latest woe will only keep him out a week, Miller is now starting and has taken advantage so far, going off for 23 points with eight boards, five assists, three treys and a steal on Friday. He’s a fine short-term option for the coming week, so act quickly before the Great Wall of China reconstructs.

Al Thornton, Washington Wizards: Before his two-point stinker Friday night (which can be excused because he apparently ate something that didn’t agree with him), Thornton had put up back-to-back nights of 20-plus points. This season, he is averaging 14 points, 5.7 boards and 1.1 steal per game. He’s primarily a scorer, but his new-found rebounding prowess is a welcome addition to his Fantasy game. Be prepared for the occasional off night, but right now Thornton looks like a solid add in deeper formats.

Mike Dunleavy, Indiana Pacers: Creaky knees and all, the wily veteran has played his way back into Fantasy relevance. After a slow start, Dunleavy is averaging 15.8 points, 5.3 boards, 2.5 assists and 2.5 treys per game in November, and there’s no reason he can’t maintain that pace as long as his body holds up. Watch for Brandon Rush or James Posey to eat into Dunleavy’s minutes, but for now, Mighty Mike should be added in most leagues.

Shawn Marion, Dallas Mavericks: With Caron Butler hurting (imagine that!) the Matrix has stepped in and filled up box scores very nicely of late. In his first two games as a starter, Marion averaged 18 points, six boards, two assists and one block. Butler is due back next week, but he may come off the bench given Marion’s strong play. The Matrix is worth adding if you need some across-the-board help, but be ready to cut bait if he returns to the bench.

Amir Johnson, Toronto Raptors: Hmmm, what have we here? Johnson is seeing more playing time lately, and has averaged 11.8 points, 6.3 boards and 1.3 blocks in 23-plus minutes over the past week. This bears watching, as he brings more offense to the table than starter Reggie Evans. The Raps may decide to play the kids, as they appear to be a team on the fast track to the division basement.

Kyle Lowry, Houston Rockets: With Aaron Brooks on the shelf until at least early-to-mid December, Lowry inherits the keys to the Houston offense. He has battled some injury woes of his own this season, but looked to be in fine form with a 13-point, six-rebound, seven-assist line against Indiana on Friday. He started the second half over Ish Smith, and while the Troll doesn’t condone graffiti, sometimes it’s important to read the writing on the wall. Grab Lowry if he’s still available in your league.

Sebastian Telfair, Minnesota Timberwolves: With both Luke Ridnour and Jonny Flynn on the shelf, Telfair has donned the starting mantel and run with it, averaging nine points, six dimes, one trey and one steal in his first three games with the first unit. Seabass is a nice short-term add, but he won’t be able to log heavy minutes over a long period of time. If you need little man stats, grab him – but be prepared to cash out when Ridnour and/or Flynn return in the next week or two.

Rudy Fernandez, Portland Trail Blazers: Fernandez looks to be getting comfortable in the Portland attack, as he has averaged 10 points, 1.8 treys and 1.4 steals in November. No three was more critical, though, than the one he drained Tuesday to notch the team’s 100th point and win the Portland faithful a free chalupa. That’s the kind of unique analysis you only get from the Troll, folks. Rudy’s only worth adding if you need threes or steals, but the recent revelation by Blazer star Brandon Roy that both of his knees are bone-on-bone with no menisci left is indeed unsettling. If Roy is shut down or misses time, Fernandez could become a Fantasy beast.