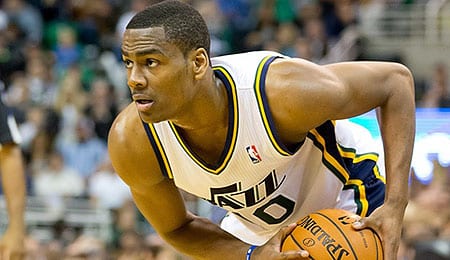 Shawn Marion, right, has looked as out of place on the Heat this season as he does in this photo. The opposing baseball caps; the mysterious baby; the ambiguously gay nature of the shot; the fact that it looks like it was taken in a furniture showroom. It’s just wrong on so many levels… As […]