Three in the Key: Charlotte’s Web 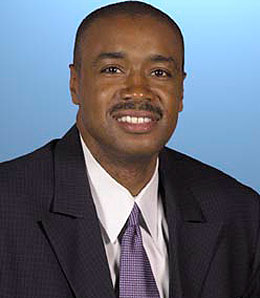 Rod Higgins faces a critical summer as the new general manager of the Bobcats.

The Charlotte Bobcats are about to announce the hiring of Rod Higgins as their new general manager, a move that will give the fourth-year organization a plethora of decision makers as it seeks to make the improvements necessary to become a playoff team.

Managing partner Michael Jordan keeps bringing in his boys. First there was the hiring of ex-teammate Sam Vincent as the new head coach, replacing Bernie Bickerstaff, who has stayed on as executive VP to be MJ’s right hand man.

Vincent, an assistant with the Mavs, said he ‘absolutely’ expects this team to make the playoffs next year. I’m not quite as sure. Much will hinge on this very important offseason in which several key decisions are facing the club.

That’s where Higgins comes in. Another former Jordan teammate, Higgins has been the GM responsible for building the Warriors into a playoff team, and now he’s going to try to work his magic in what ‘ on paper, anyways ‘ is an easier situation in the Eastern Conference with the ‘Cats.

This is a team that’s gone from 18 wins to 26 in 2005-06 to 33 last season, when it finished seven games out of the eighth spot. That pattern would give them 39 wins next year, a total that would put Charlotte right into the playoff mix. Of course, much can happen between now and then.

By RotoRob
Posted in BASKETBALL, RotoRob, Team report, Three in the Key | 1 Comment »

Three in the Key: An Early Look at Free Agency

The Celtics only notable free agent will be Michael Olowokandi and no one will shed any tears over his departure. Three in the Key, our exclusive NBA column, returns with a very early look at players who can become free agents — whether resticted or not — this offseason. Some are without a contract at […]

By RotoRob
Posted in BASKETBALL, RotoRob, Three in the Key | 1 Comment »

Three in the Key: Are Hawks Ready to Soar in Second Half?

By RotoRob
Posted in BASKETBALL, RotoRob, Three in the Key | 8 Comments »

Three in the Key: Can Pierce Lead Celtics Back to the Promised Land?

Boston recently signed Paul Pierce to a three-year extension that will potentially tie him to the Celtics until the end of the 2010-11 season. The question is why did they do it? This is a team that has been in rebuilding mode for the past half decade, spinning its wheels as it recycles young talent […]

By RotoRob
Posted in BASKETBALL, RotoRob, Three in the Key | No Comments »