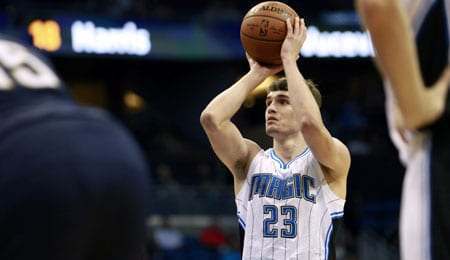 Livingston is starting to get in a groove. Over the past nine games, he’s averaged 11 points and five assists while doing a solid job on the glass, putting up games of eight and 10 rebounds in that span.

Bradley got enough PT in January to be useful, and although he’s not shooting as well so far in February, as the starting PG, his minutes are up even more. He’s getting more touches recently and overall has become a bigger part of the Boston offense this season. Bradley, who is headed to Puerto Rico for the break, is widely available, but we predict he’ll be a very popular pickup in the coming weeks.