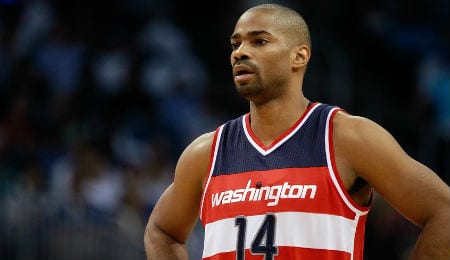 Welcome back to another week of Fantasy basketball action. We’re into mid-November now as most teams have reached double-digits in games played. By now, you are starting to get a sense of your team’s strengths and weaknesses.

This week, NBA players — especially those that born in France — expressed their feelings about the Paris terrorism attacks; Hawks Coach Mike Budenholzer had to miss Friday’s loss because of a family emergency; and Sacramento Coach George Karl has been given a vote of confidence from GM Vlade Divac, and we all know what that means.

Gary Neal, PG, Washington Wizards (ESPN: 0.3 per cent; CBS: 1 per cent): This is merely a short-term pickup (so especially useful for daily players), but with Bradley Beal’s shoulder barking, Neal is likely to see much more action Saturday. It was almost a year ago to the day that we last recommended Neal, and sure enough his scoring (if not his dimes) picked up that month before he kind of petered out as a Fantasy asset until the final few weeks. He replaced Beal in the starting lineup Tuesday and responded with 14 points and a steal in 26 minutes. It was Neal’s first start of the season, and while he hadn’t been getting enough touches to be useful previously and is generally limited by his defensive deficiencies, you may as well take advantage of his expanded role while you can. This is a dude that has shown flashes of brilliance — even on the biggest stage (see video below).

Patty Mills, PG, San Antonio Spurs (ESPN: 2.7 per cent; CBS: 6 per cent): Mills is another short-term consideration while the Spurs deal with injuries to both Manu Ginobili (groin) and Kawhi Leonard (upper respiratory infection). We recommended Mills in January as he enjoyed his finest scoring month of 2014-15, but his three-point bonanza ended by February. This Australian veteran has the right Spurs mentality — sacrificing for the greater good, so you didn’t hear any moaning when injuries and team depth saw him take a back seat last season after looking like he was on the cusp of a breakout in 2013-14. This season, however, Mills is seeing more action than ever, so he needs to be on the radar of owners in deeper leagues as a solid backcourt depth option. This week, at the very least, he may make for a solid pickup in standard sized leagues, too.

Will Barton, SF/SG, Denver Nuggets (ESPN: 19.8 per cent; CBS: 47 per cent): The 40th overall pick from 2012 has never really garnered much Fantasy attention — until now. Barton poured in a career-high 26 points off the bench on Friday, giving him eight double-digit scoring efforts in nine games this season. Last season, he was a low-end rotation player in Portland before landing in Denver, where he starting to see enough minutes to be useful. Now, Barton is seeing even more PT, and his shooting touch from beyond the arc has been superb. He gives the Nuggets another outside weapon to really help spread the floor, and as the third scoring option he provides more offensive depth to this club. Grab him now, as this breakout looks real.

Dwight Powell, PF, Dallas Mavericks (ESPN: 22 per cent; CBS: 48 per cent): When Powell was drafted last year, we believed he had David West-type upside, however, his career has already been a whirlwind: picked by the Hornets, he was immediately flipped to the Cavs in a draft day deal. He played Summer League with Cleveland and signed a deal with the team, but the following month was traded to Boston, spending most of the season bouncing between the Celtics and the D-League. Powell was then included in the Rajon Rondo deal, landing in Big D just in time for Christmas. The Mavs gave the big Canadian a longer look, which has extended into this season, when he’s beginning to look like a consistent double-double threat (10 points and 12 points in just 22 minutes Friday). If this kid starts getting over 25 minutes more often, look out.

Joffrey Lauvergne, Denver Nuggets (ESPN: 5.6 per cent; CBS: 22 per cent): Lauvergne looked ready to make an impact this season after averaging over 13 points and nearly nine boards per game in exhibition play. He continued to play well in the first three games of the season as the team’s starting centre, but just as it seemed he was ready to thrust himself into the Fantasy consciousness, his back acted up and he’s been out for a couple of weeks, missing the last six games. Reports suggest Lauvergne is getting close (he’s listed as questionable to play Saturday), and he could be worth a speculative pick in deeper formats as this kid has offensive potential. Monitor this Frenchman’s PT closely as he returns, and given Friday’s atrocities in Paris, you have to know he’s desperate to get out there on the floor and try to take his mind off the tragedy his homeland is currently dealing with.

Amir Johnson, C/PF, Boston Celtics (ESPN: 24.3 per cent; CBS: 43 per cent): Last season, we slotted Johnson among the top 25 in our Power Forward rankings, and he pretty much was true to form despite missing a few games. Boston targeted him this offseason (something the Celtics rarely do in free agency), and he’s been mostly starting, but not seeing as much action early on. However, that changed Friday as Johnson played a season-high 36 minutes and exploded for 19 points, eight boards, four assists, three blocks, three steals and a trey, to boot. Don’t expect this kind of PT often given Boston’s massive frontcourt depth, but he’s starting and is now looking like he’s found a comfort zone with his third team in 10 years.

By RotoRob
Tags: Bradley Beal, fantasy basketball, Gary Neal, NBA, Washington Wizards
This entry was posted on Saturday, November 14th, 2015 at 5:05 pm and is filed under BASKETBALL, RotoRob, The Wire Troll. You can follow any responses to this entry through the RSS 2.0 feed. Both comments and pings are currently closed.