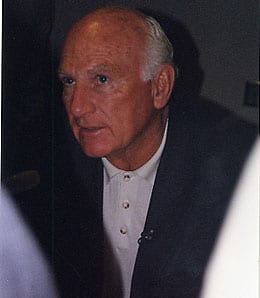 The baseball world lost a great one in Harmon Killebrew.

Considering we thought he’d be a top 50 starting pitcher this season and he hasn’t even been among the top 150 through two months, Chicago Cubs starter Ryan Dempster is an early candidate for Fantasy Bust of the Year.

He’s certainly wound up on a ton of waiver wires. In fact, he’s probably available in the majority of mixed leagues right now. Sharp owners may want to rectify that situation.

Dempster looked strong on Tuesday, winning his second straight decision to improve to 3-4. More importantly, he’s now hurled quality starts in four of his last five trips to the mound since bottoming out on April 28 in Arizona when he was tagged for seven earned runs and four walks while only recording one out.

On Sunday, Dempster faces a Pirate offense that – while improving – still ranks near the bottom of the majors, so it’s reasonable to expect his recent roll to continue.

We haven’t had a chance to weigh in on Harmon Killebrew, one of the all-time greats and a man the baseball world lost recently at the age of 74. I was just a wee thing when Killebrew retired, so I never got an opportunity to see him during his prime, but “Killer” was known for his prodigious power, often smoking tape-measure blasts that would leave fans in awe. In a 22-season Hall of Fame career, Killebrew hit more home runs by an American League right-handed hitter than anyone (although that mark has since been passed by Alex Rodriguez).

While Killebrew is best known for his days with the Twins, he did spend his final season with the Royals, a team that suffered a similar loss this week when Paul Splitorff died. He was an original Royal, taken in the 1968 expansion draft and he spent his entire 15-year career in KC, winning 166 games – by far the most by any Royals hurler.

One pitcher we massively underrated this year is rookie Michael Pineda. When we did our rankings, it was not clear that he had a job, so we had him just inside the top 90. But take a job – and run with it – he did, as Pineda has led what has been a bumper crop of fine rookie hurlers so far in 2011. He’s been so awesome, in fact, that he’s easily a top 10 starter right now. How’s this for dominating? In his last two starts, Pineda has tossed seven shutout frames in each outing, surrendering a total of five hits while striking out 16 against one walk. Um, that’ll do.

It will be interesting to see how Pineda fares Friday night as Seattle begins a series at home against the best offense in the majors – the Yankees. It’s one thing to shut down the Twins and the Padres as Pineda did in his last two starts, but the Yanks? This will be an excellent test for the youngster.

Speaking of the Yankees, Mariano Rivera has looked a bit more human this year, having already blown three of 16 save chances. To put that in perspective, he was 33-for-38 last year and 44-for-46 in 2009. Still, with a WHIP of 0.90, it’s not as if Rivera is suddenly being manhandled. We ranked him as the sixth-best reliever heading into the season, and he’s been right around that mark so far. Kudos to Rivera for this week reaching 1,000 appearances and becoming the first pitcher to ever hit that mark for just one team.

The last time we checked in on Jose Bautista he was going through a mini slump. Well, he sure ended that quickly enough and is well on his way to proving that last season was no fluke – which has to baffle the minds of most observers. Last season, Bautista had an off-the-charts OPS of 995. However, what he’s done so far this year makes that seem like a joke. Through the first two months of the season, his OPS is 1277, which is just 42 points shy of the all-time record of 1319 set by Barry Bonds in 2002. And as far as we know, Bautista is doing this all PED-free. In many ways – given the overall reduction in offense over the last couple of years – what Bautista is accomplishing is even more impressive than what Bonds did.

Edison Volquez, right, earned himself a lot of fans in 2008, but his chances for a repeat seem slim at best. The 2009 RotoRob MLB Draft Kit continues as we release more of the Top 10 Lists Fantasy Owners Always Wanted But Were Afraid to Ask For. Today, Alex has his choices for 2009 flops. […]