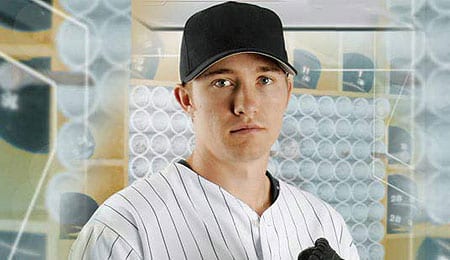 The Cubs’ offseason addition of Scott Baker — viewed at the time as a low-cost, potentially high-reward move — has hit a snag.

The right-hander’s recovery from Tommy John surgery was expected to be complete by mid-April, but that’s not going to happen now after the team shut him down indefinitely on Tuesday.

Baker made his first spring start Sunday and was simply molested. But the bigger worry was that his elbow was sore afterwards. He had an MRI that displayed possible problems — enough so that the team has scheduled a consultation with team doctor Stephen Gryzlo this weekend. Until we hear the results of that, there will be no timetable for Baker, but it’s clear he won’t be ready until at least May at this point.

If you’re drafting this week, you can’t take the risk, so take a pass on Baker.

Crave more in-depth Fantasy analysis? Then join us every Thursday at 9 p.m. EST for RotoRob’s Fantasy Baseball Weekly Podcast on Blogtalkradio. Tim McLeod and I will entertain and edify you for a half hour or more each week. This week, RotoRob will be missing in action because of March Madness, but Tim will forge ahead with a guest. Tune in here.