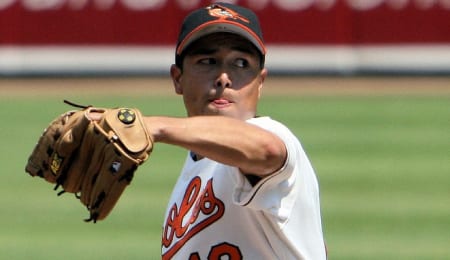 This column originally appeared on CreativeSports.com.

Tony Care, the normal writer of this fine column, is away again at yet another wedding. Could “wedding” be some kind of euphemism for rehab? Just kidding, Tony. He’ll be back next week, but for now, you’re stuck with RotoRob to shed light on the upcoming week as we take A Look Ahead.

We’ve decided to create our own format for this, starting with all the two-start pitchers for the week, and then lists of players for the week that we like and ones we wouldn’t let onto our worst enemy’s Fantasy team. We start with the AL and then shift to the senior circuit.

NEXT: RotoRob’s regular column, Spikes Up, appears Monday. Basketball fans should check out Three in the Key, next appearing Thursday.

He’s been one of the only bright spots on the woeful Royals this season and his streak is the longest by any member of the team in 2006. DeJesus got his BA up to .331 with the run, and despite being held hitless Wednesday, did manage his 15th RBI of the year. I’d like to see more pop or speed before declaring him much more than a hollow .300 hitter, but the 26-year-old outfielder is definitely on the upswing and is starting to get scooped up in mixed leagues.