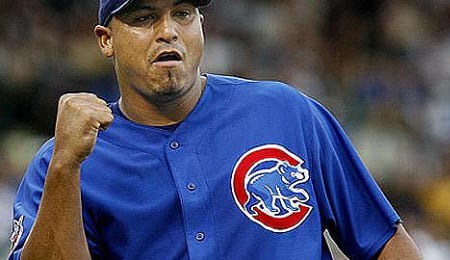 Carlos Zambrano is now the clear No. 1 for the Cubs. (MiLB.com)

Is there any doubt that Carlos Zambrano has finally ascended to the top of the Cubs’ rotation? His loss Friday in Pittsburgh snapped a nine-game winning streak and was his first setback since May. By the way, will anyone want to play the suddenly loose Pirates in the second half? Expect them to do some serious spoiling for many a team’s playoff aspirations.