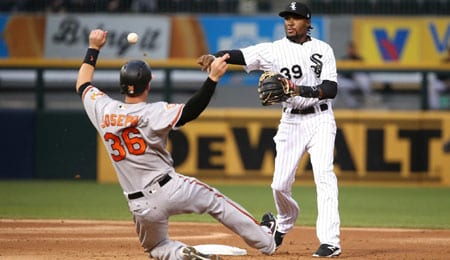 So far, Young has really taken advantage of his opportunity, hitting safely in four of five games, with three multi-hit efforts. He swiped two bags in his season debut, so hopefully the conservative Angels will keep letting him run, as that’s where his value lies.

The versatile Lowrie has always been a solid BA man, but has particularly shone in that regard this season. With hits in nine of his last 10 games — interrupted by an injury — he’s raised his average to .311, and smacked his first dinger of the year on Saturday in the ninth inning to force extra innings. Lowrie is usually good for a bit more pop than he’s shown so far, so expect a regression in BA, but an increase in extra-base knocks.

There were many experts that anticipated that the Chicago White Sox would battle for the AL Central crown this season, a year after finishing second and winning 88 games. So what happened?