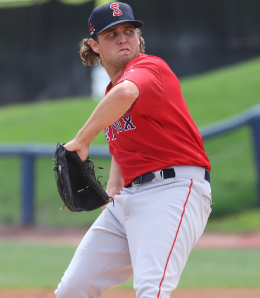 By RotoRob
Posted in BASEBALL, MLB Today, RotoRob | Comments Off on MLB Today: Is Zack Greinke an All-Time Great?

Following that season, Texas went into rebuild mode and traded long-time fan fave Andrus to AL West rival Oakland, where he recovered from a counting cat standpoint last year. This year, that bounce back has continued as he’s again been healthy and, although he’s not hitting quite as well, his walk rate and extra-base pop have been much better.

By RotoRob
Posted in BASEBALL, MLB Today, RotoRob | Comments Off on MLB Today: Elvis Andrus Clinging to a Job

Are the Giants suffering from buyer’s remorse after re-signing Anthony DeSclafani? (NBC Sports) Heading into the 2020 season, we were bullish on Fernando Tatis Jr.‘s chances of developing into a superstar, but he actually took a bit of a step back despite some impressive counting cat numbers. Last year, he was better than ever and […]

Recently, however, the team has shown signs that things are turning around. With three straight wins and a 7-3 record over the last 10 games, the Bronx Bombers have managed to move into a tie with Toronto (Buffalo) for third place in the AL East. The Yanks are now just four games back in the Wild Card race, so there’s certainly plenty of hope.