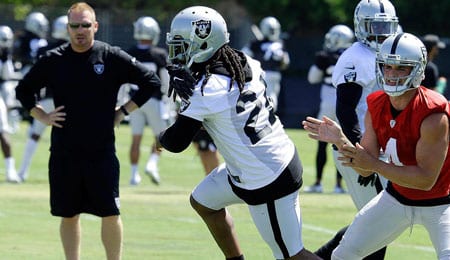 Fantasy owners had to love the fact that his worst game came early (32 yards in Week Two) and was followed up by three straight games with an end zone visit. All MVPs need a “signature moment” — Gronk’s came in Week Eight against the Chicago Bears when he amassed 149 yards on nine catches en route to three touchdowns. Through Week 15, he may only have three 100-yard games but he also has scored 11 touchdowns, and we believe his consistency is the biggest reason he is deserving of this award. A five-catch, 68-yard day is a decent line for most tight ends — but that’s Gronk’s second-worst game of the season. All of 2014’s other Fantasy Stud of the Year candidates are not even definitively the best at their position and anyone trying to argue for a tight end other than Gronkowski in 2014 needs to be drug tested.