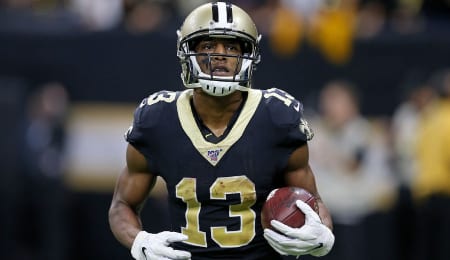 1. Michael Thomas, New Orlean Saints: After Thomas finished last season with 125 receptions for 1,405 yards and nine touchdowns, his 32 per cent target share is bound for negative regression. With the help of Emmanuel Sanders manning the Y position, Thomas is likely to improve on his efficiency metrics, so don’t get cute here — just go with the stud. But just in case you forgot what a beast Thomas is, the video below should remind you.

This week, Thursday Night Football features a lopsided contest between the New York Jets (5-8) and the Baltimore Ravens (11-2). With home field advantage, a first round bye, and the No. 1 seed on the line, the Ravens are expected to crush the Jets.

By RotoRob
Tags: fantasy football
Posted in Fantasy Notes, FOOTBALL, RotoRob | Comments Off on Fantasy Football: The Preseason is Underway