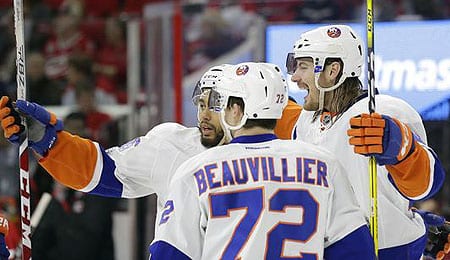 With multi-point efforts in three of his last four games, Pominville is off to a great start in his return to Buffalo, ranking 11th in scoring in the NHL. He enjoyed a nice bounce-back effort last year with 34 assists, but the way things are going early on, he’s on pace to threaten his career-best of 53 helpers set way back in 2007-08. Now a true leader on the young Sabres, he’s getting more minutes, so jump on him while you can as he won’t last long on the wire.

In the last seven games, Nelson has seven points. He scored in four consecutive games, and his highlight was against Toronto, in which he had a three-point night, and scored the game winner in overtime. If Nelson keeps generating the shots he had in that game, and his previous effort, the numbers will be there.