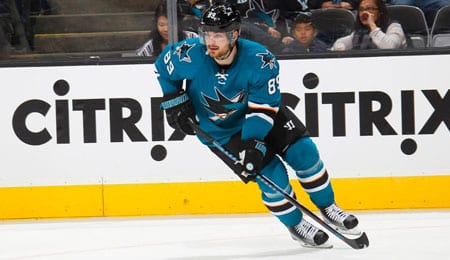 The former Tampa Bay top pick is doing just fine with his fellow rookies in Arizona. The Coyotes may be hanging out in the league’s cellar, but the youngsters are receiving quality minutes of top development. DeAngelo is one of those benefiting from it, and so are his Fantasy owners. He had a goal, two points, a minus-2 rating, two power play points and 10 shots on goal in four games last week. The former Sarnia Sting star has three goals, nine points and a minus-1 rating in 16 games while averaging 19:18 of ice-time. As you can see, he’s far from sheltered.