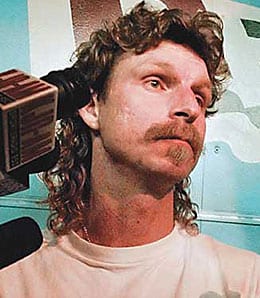 Our apologies for the lack of content on the site this weekend. When we weren’t glued to the TV for March Madness, we were feverishly working away on the 2009 RotoRob MLB Draft Kit, which still has plenty of goodies coming, including the remainder of our cheat sheets, key questions facing each team, and another five Top 10 Lists that Owners Always Wanted But Were Afraid to Ask For. And don’t forget our piece de resistance – the ultimate keeper league player list. That’s coming real soon, too.

But in the meantime, we thought we’d wrap up our Free Agency Report. If you’d like to catch up on this series (and we know you desperately want to), you can do so here:

The ugliness that has been the San Francisco Giants in recent years started to turn the corner somewhat last season. Okay, let’s get the bad stuff out of the way: this team has now endured four straight losing seasons and hasn’t been to the postseason since 2003; last season, the offense eroded even further, and was nearly the worst in the National League; and the pitching staff gave up 39 more runs than it did in 2007.

Yet somehow, San Francisco earned one more win in 2008. Luck? Perhaps. But there’s so much to get excited about here – especially when thinking about the long-term future of this organization.

The rotation is already a strength, headed by 2008 Cy Young winner Tim Lincecum, but has ridiculous amounts of room for growth. Randy Johnson has been added to the mix; Matt Cain is poised for a breakout; Barry Zito has to be better, doesn’t he? And how about the future? Mention minor league hurlers Madison Bumgarner and Tim Alderson to any prospect junkie, and stand back, because the saliva will be flowing.

Hell, the Giants have even started developing position players who are looking like blue chippers, and they haven’t done that in years. Buster Posey and Angel Villalona will soon be joining a team that already features young talent like Travis Ishikawa, Kevin Frandsen and Pablo Sandoval. The team added some veteran savvy in Edgar Renteria to help tide them over before the wave of youngsters hits, so it’s very reasonable to expect the Giants to end the losing this year. In fact, in a wide open NL West, it’s not a huge stretch to think that they could also end their playoff drought this season.

Rich Aurilia, 1B/3B: Aurilia saw more action than you’d expect last season, reaching 140 games for the first time since 2002, and he wound up hitting pretty well. His pop and patience came back to an extent after the ugliness of 2007. In fact, we thought his solid season would get him dealt out of San Francisco at the deadline, but it didn’t happen. Instead, the Giants have re-signed him to a minor league deal, and assuming he makes the team, he won’t have nearly as large a role in 2009 as the Giants’ youth movement will send him to a utility infield role. Aurilia could emerge with some value in deeper NL-only leagues, but barring a serious injury or two to another San Francisco infielder, that’s his upside.

Omar Vizquel, SS: Vizquel missed a good chunk of last season because of injury, and his extra-base pop – never impressive to begin with – continued to decline. Of greater significance from a fantasy perspective was that his speed washed up as he managed a mere five steals. Now a fringe major leaguer, Vizquel was signed to a minor league deal by Texas, where he is expected to win a utility role. Sure, he’s one of the all-time great Venezuelan players, but he’ll be 42 next month and has almost nothing left to offer except leadership. Still, he was such a great fielder that I wouldn’t be surprised to see him wind up as a coach once he hangs ‘em up.

Next: We’ll cross the continent again and make our final stop in the U.S. capital to check in on the Washington Nationals.

By RotoRob
Tags: Free agents
This entry was posted on Monday, March 23rd, 2009 at 3:02 pm and is filed under BASEBALL, Free agents, RotoRob. You can follow any responses to this entry through the RSS 2.0 feed. Both comments and pings are currently closed.