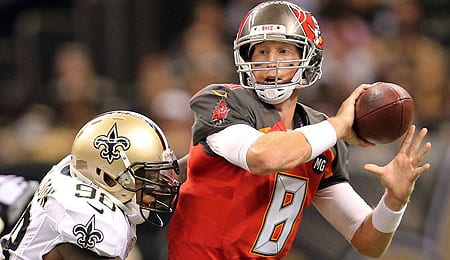 On this week’s episode of RotoRob Fantasy Football Weekly Podcast, heard every Wednesday at 2 p.m. EST on Blogtalkradio, Nick, Vaney and Josh enjoyed many laughs and some civilized disagreements.

With Peterson out for at least one game with his high ankle sprain, the Vikes (and countless Fantasy owners) will turn to Gerhart to try to overcome the loss of one of the game’s most elite talents. Sorry, it won’t happen — but Gerhart should at least be in line for goal-line work, as his 230-plus pound frame makes him a load in the trenches.