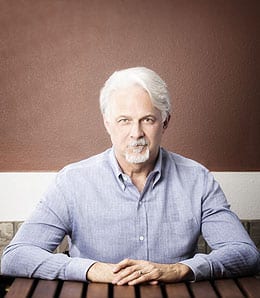 Michael McCormack covers a lot of turf in his new book.

Author Michael McCormack has a unique perspective on the game of American football and its influence on the country as well as those that reside in it. In this memoir largely centred around the relationship between him and his Hall of Fame father of the same name, football — more specifically the NFL — serves as the backdrop for a story about family, passion, teamwork and fanaticism.

While chronicling the life and Hall of Fame career of his father, McCormack also offers us a glimpse into his own coming of age experiences. One of the most interesting elements of the book is that beyond the reflections on life as an NFL child, it also explores the many intersections between sports and social life in America from civil rights and the integration of football to the cloud of consistent losing and the depths of addiction.

Born Fanatic – My Life in the Grip of the NFL touches on many notes. You could argue it tries to tackle a few too many, but it always stays connected to the theme that truly matters: father, son and football. Through many stories of interactions with his father whom he refers to as “Mike” as well as other tales from behind the scenes, we learn a great deal about fanaticism and what it means to commit to a team — as a player, coach, fan and family member.

It would be hard to imagine that many NFL fans spend much time thinking about the experiences of the wives and children of professional football players. To be fair, why should they? For most, professional sports serve as an escape, an increasingly rare opportunity to step away from what they are going through.

Therein lies the value of a book such as this — it reminds us that the NFL, and professional sports in general, is more than shields, logos and ratings. These sports are made up of people with families and play a pivotal role in our social discourse. It’s something we may all benefit from remembering from time to time.

Now it’s your turn. Read this book? Let us know what you thought about it in the comments below.

The timid and meek may not want read articles like this. Our hope is that together we can push the needle into the Fantasy playoffs. We realize it’s tough each and every week and that’s why we are at your service with your Start ‘em or Sit ‘em picks for Week Eight.