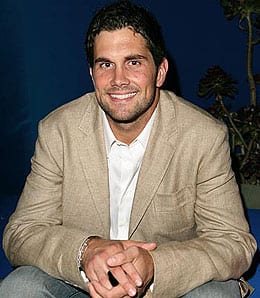 May your bird not be dry, May you save room for pie May your taters not be lumpy, And your gravy not be clumpy. May the green beans be so bright And the stuffing be just right. And after your leftovers are all stashed away Screw that dreadful football, and watch some NBA.

Give Thanks You Don’t Reside In San Diego or Philadelphia Before I get into stealth mode, please enjoy your Thanksgiving holiday in a happy and safe fashion. What a fabulous time of year to eat, eat, and eat some more. I’ll never be happier in my life to see cranberry sauce and sweet potatoes than […]

Marion Gaborik provided something to give thanks to for our Southern neighbours by acknowledging to fantasy players that he has not been up to snuff this season. How can you not celebrate American Thanksgiving without giving thanks to someone like the Minnesota Wild’s Marian Gaborik, who actually apologized to fantasy players for his performance this […]