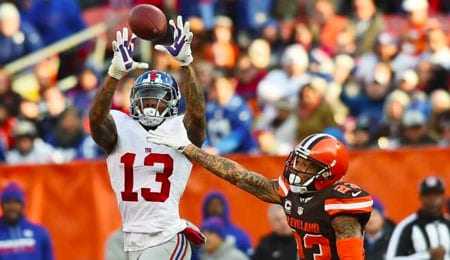 By RotoRob
Tags: Baker Mayfield, Cleveland Browns, Dave Mara, fantasy football, Jabrill Peppers, New England Patriots, New York Giants, NFL, Odell Beckham Jr.
This entry was posted on Monday, March 25th, 2019 at 4:28 pm and is filed under FOOTBALL, RotoRob, Transactional analysis. You can follow any responses to this entry through the RSS 2.0 feed. Both comments and pings are currently closed.