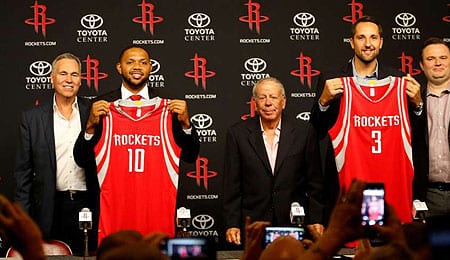 Bogdanovic poured in a season-high 24 points to go along with two boards in 38 minutes on Thursday as the Nets claimed a win over the Suns. The second-year pro is expected to contribute beyond just scoring categories, and will have a better opportunity to do so with Johnson being released. Bogdanovic’s new starting role could turn out to be quite rewarding, so make a claim on him pronto.