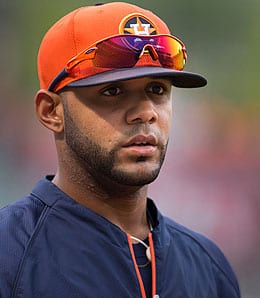 RotoRob Fantasy Baseball Weekly Podcast, heard every Thursday at 9 p.m. EST, was back again this week, this time featuring the long-time MIA Tim McLeod, RotoRob.com MLB Editor. Naturally, BTR was its usual uncooperative self to begin the show, but once we shook off that shaky opening, we rocked the airwaves.

Among the topics we broached:

Now it’s your turn. Let us know in the comments below whether you agree with our opinions or not.

The Wire Troll: A Starlin is Born

If I had a dollar for every time I’ve heard that statement only to be witness the opposite happen, I’d be a very wealthy man, and would likely use my new-found riches to corner the market on Gummy Bears…but that’s another story.