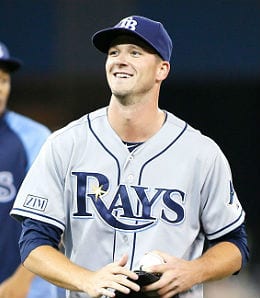 Drew Smyly may make it back this season. (John E. Sokolowski/USA Today Sports)

Among the topics we manipulated into sense:

Now it’s your turn. Let us know in the comments below what you thought of our Fantasy baseball epitaphs.

An 11th straight 25-homer season has Cabrera within shouting distance of 400 career dingers and he won’t be 32 until next month.