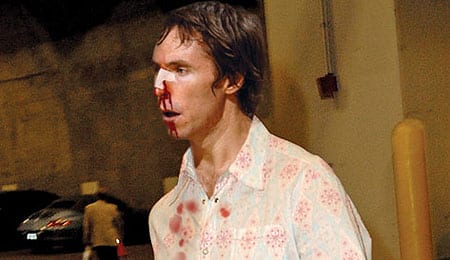 Steve Nash doesn’t need to worry about getting beat up by the Lakers anymore.

The 2012-13 RotoRob NBA Draft Kit continues today with a look at some of the key moves made this summer around the NBA. We’re focusing on the ones that caught our eyes, but damn, there are some biggies to go over. So while you wonder whether LeBron James and the Miami Heat can defend their title, let’s take a look at what some of the top contenders did to bridge the gap over the past few months.

Atlanta’s moves were dwarfed by some of their Eastern Conference opponents, but it was still a pretty solid offseason for the Hawks. Yup, the team’s most visible player — Joe Johnson — is gone to Brooklyn, but the club acquired Lou Williams, one of the NBA’s top instant offense bench options. The PG slot was also beefed up with the acquisition of Devin Harris for the enigmatic Marvin Williams. Harris with team with Jeff Teague to provide Atlanta with serious depth at the most important position on the floor — all the more important now that main ball handler Johnson is gone. The Hawks improved their outside game by landing Anthony Morrow and Kyle Korver.

Some would think the Celtics would be worried after losing Ray Allen, but they found a solution when signing Jason Terry to fill the position. The Celtics drafted two big rookies in Jared Sullinger and Fab Melo, who will both need work to play well at the professional level, but their development will be better playing under Kevin Garnett. In addition to helping the shooting guard position the Celtics traded for Courtney Lee.

This newly moved team is looking for a fast start in its new city. The Nets kept Deron Williams, Gerald Wallace, Kris Humphries and Brook Lopez. New additions include Joe Johnson, Andray Blatche, Reggie Evans, Josh Childress and C.J. Watson. The Nets look primed to begin with a first good season in Brooklyn and have a good chance of making the playoffs in the Eastern Conference.

The Mavs are entering this season with a newly built lineup. With Jason Kidd and Jason Terry gone via free agency, the Mavs traded for PG Darren Collison from the Pacers. In addition, they signed free agents Chris Kaman and O.J. Mayo and acquired Elton Brand via amnesty claim. They lost out on Deron Williams in the free agency and now have to prove to the league they are still a championship caliber team.

However, they did manage to sign everyone to a one-year deal and are trying to capitalize on the 2013 free agency period, with Chris Paul, Dwight Howard and Andrew Bynum all potentially available next summer.

After drafting European sensation Evan Fournier, the Nuggets set their sights on a trade and acquired Andre Iguodala from the Sixers while re-signing JaVale McGee and Andre Miller. They also added another player to come off the bench, signing Anthony Randolph from the Wolves as a free agent.

The Clippers made some quality additions this offseason, signing Jamal Crawford, Grant Hill and Lamar Odom. But they will need to play well this season if they want Chris Paul to stay when he becomes a free agent next summer. Yes, the Clippers happened to be overshadowed by the Lakers yet again in terms of offseason moves, but at least now the showdowns in Los Angeles are way more exciting than they used to be.

After losing in the second round to the Thunder, this summer the Lakers made big moves to try to return the NBA championship to Los Angeles. Their biggest additions were via trade, acquiring Steve Nash from the Phoenix Suns and Dwight Howard, Chris Duhon, and Earl Clark from the Orlando Magic. In the trade receiving Nash, the Lakers lost Andrew Bynum, but the addition of Howard solidifies the Lakers as a champion candidate. Howard’s back injuries and offseason surgery could sideline him at the start of the season, but he says he’s targeting Opening Night for his return.

The Lakers also retained Devin Ebanks and Jordan Hill, while signing free agents Antawn Jamison and Jodie Meeks. The expectations are high for the Lakers this season, as both Nash and Howard chase their first ring while Kobe Bryant seeks his sixth and hopes to solidify his legacy in the NBA.

The reigning champs have only lost Ronny Turiaf this offseason, and I think we all know how much he helped the team. The Heat made a huge move this summer signing free agents Ray Allen and Rashard Lewis, which will spread the floor and open up more lanes for LeBron James and Dwyane Wade. Allen will be the most open he has ever been in his career and should flourish on his new team.

The Knicks have made a few changes to their roster this season, but the biggest question is whether they made the right decision letting Jeremy Lin sign with the Rockets. They also lost Landry Fields and Toney Douglas this offseason. The new additions to the team from free agency are Jason Kidd and Ronnie Brewer, and via trades the Knicks acquired Marcus Camby, Raymond Felton and Kurt Thomas.

They also re-signed Steve Novak and J.R. Smith who will be key role players this season. Signing Kidd provides the team with a real distributor, but considering his age, the Knicks will need Felton to play well off the bench.

The Sixers really remade their roster this summer, signing Nick Young and re-signing Spencer Hawes, while trading for Andrew Bynum, Jason Richardson, and Dorell Wright. They have a promising young future and can go far with Doug Collins as the head coach as long as Bynum can stay healthy.

The Suns are now without their beloved Steve Nash, signing Goran Dragic and drafting Kendall Marshall to replace him. The Suns also signed Michael Beasley, Jermaine O’Neal and Luis Scola, and received Wesley Johnson in a trade. Phoenix made some great offseason pickups this summer but needed to do so while also losing Aaron Brooks, Josh Childress, Grant Hill, Ronnie Price, Robin Lopez and Hakim Warrick.

Look for this suddenly much younger team to build around their young guards and try to rekindle the fire that took them to the playoffs consistently until 2009.

Gregg’s last save opportunity was on September 10, when he blew it and was tagged with the loss. For the rest of this season, Johnson should remain the lead closer.