The 2022 Baseball Hall of Fame Class 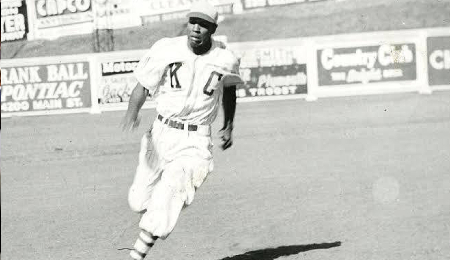 On Tuesday, the 2022 MLB Hall of Fame voting results were announced, and for the first time since 2020, we’re actually going to have someone elected.

Slugger David Ortiz was the only player on the ballot this year to receive the necessary 75 per cent of the vote for election (77.9 per cent), but his selection is well deserved and by no means surprising. Big Papi may not have been a fan of Bobby Valentine, but his enshrinement is justified. For our money, if Frank Thomas got in, 10-time All-Star Ortiz had to be included in Cooperstown as well.

Today, however, we’re going to take a closer look at the other half dozen players that got the call this year. First up, a pair of players selected by the Early Baseball Era Committee.

Beloved by millions thanks to his endearing contributions to Ken Burns‘ documentary, Baseball, O’Neil was a productive first baseman in the Negro Leagues for a decade, but like so many stars from those years, he never got the chance to play in the majors. In 2006, the Special Committee on the Negro Leagues punched Hall of Fame tickets for 17 players, but he was omitted from this group in a major gaffe.

Thankfully, that mistake is finally being rectified, but it comes too late for O’Neil, as he passed away shortly after that group was enshrined. Even so, his legacy on the Negro Leagues has long been established; to wit, he already has an award named after him, and soon, a bridge as well. Hell, even Horacio the Handshake knows who O’Neil was (see video below).

Jackie Robinson may have broken the colour line in baseball in 1947, but in actuality, Fowler was the very first black professional player in 1878. Fowler led the Northwestern League in hits in 1884, and two years later, paced the Western League in triples.

He played in over a dozen leagues in his career.

Kaat’s election could open the door for Tommy John down the road, as these two had very similar careers.

Kaat, who hailed from Zeeland, Michigan, is considered perhaps the greatest fielding pitcher ever, having captured 16 Gold Gloves over the course of his lengthy career.

Oliva spent his entire 15-year career with the Twins, racking up 43 WAR over 6,301 at-bats, falling just short of 2,000 career hits. An eight-time All-Star, he retired in 1976 after leading the league in hits five times.

A member of the exclusive four homer-game club, Hodges was also an eight-time All-Star over his 18-year career, spent mostly with the Dodgers from the mid-’40s to the mid-’60s. He accumulated 43.9 WAR over 7,030 at-bats, also narrowly missing 2,000 career hits.

Among the top power hitters of the 1950s, Hodges mashed 370 dingers, twice putting up seasons of at least 40. His election should lend more credence to Norm Cash getting Hall of Fame consideration.

He racked up 2,110 hits including 195 homers, with a .299 career BA while making 13 All-Star games (nine in the majors, four in the Negro Leagues). Minoso also managed to bag three Gold Gloves.

Could his election allow Ken Griffey Sr. to get a longer look?

Unfortunately, Kaat and Oliva are the only remaining individuals from this group that are still living. This year’s Hall of Fame induction ceremony is scheduled for July 24.

English rockers James formed in 1982 and remained active until 2001. The band reformed in 2007 and is still at it today. In 1993 they released their fifth album, Laid, and the title track became the second single and put the band on the map in the U.K., Australia and the U.S.

By RotoRob
This entry was posted on Thursday, January 27th, 2022 at 8:28 pm and is filed under BASEBALL, Hall of Fame, RotoRob. You can follow any responses to this entry through the RSS 2.0 feed. Both comments and pings are currently closed.