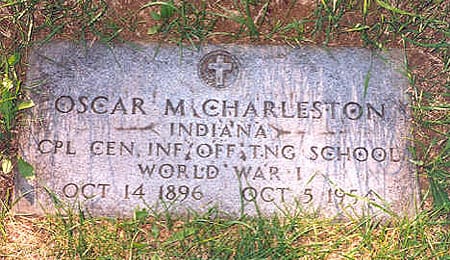 The Negro Leagues Baseball Museum’s Legacy Awards celebrates its 10th year Saturday with its event at the Grand Ballroom of the Kansas City Convention Centre.

While the awards are given in the name of Negro League stars like Oscar Charleston, Bullet Rogan, Josh Gibson, Cool Papa Bell, and the late Buck O’Neil, they are curiously not given exclusively to black major leaguers. However, both American Leaguers and National Leaguers will be honoured Saturday for both on-field and off-field achievements.

ESPN is going to come out of this proud, with analyst and generally nonsense-spewing Joe Morgan earning the Jackie Robinson Lifetime Achievement Award. Meanwhile, Claire Smith, also of ESPN, will take home the Sam Lacy Award as baseball writer of the year.

Among the players being honoured who will actually show up to Kansas City in late January are Carlos Pena, Michael Bourn, Elvis Andrus, Brian Fuentes and Mike Cameron.

Zack Greinke was at the museum last week to receive the Bullet Rogan Award as the AL’s top pitcher, so that will be shown on video.

Albert Pujols is scheduled to receive an award, but he has yet to say whether he’ll show up or not.

Bud Selig is the winner of the Buck O’Neil Award for outstanding support of the NLMB, but ironically, he can’t make it, so is sending Wendy Lewis to represent him.

It’s always interesting to see how the Legacy Awards may take its cue from the annual RotoRob Awards; this year, three players who received coveted RRs (Mauer, Teixeira and Bell) will be honoured with Legacies.

By RotoRob
Tags: Legacy Awards
This entry was posted on Thursday, January 28th, 2010 at 9:02 am and is filed under BASEBALL, RotoRob. You can follow any responses to this entry through the RSS 2.0 feed. Both comments and pings are currently closed.