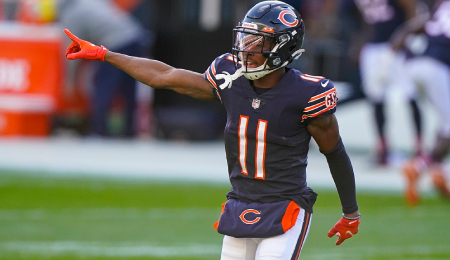 While the Bills lick their wounds and the rest of us prepare for Conference Finals weekend, let’s flash forward to the offseason and identify a few players that Fantasy owners would be prudent to target before the start of the 2022 NFL season.

The first player we’re going to target on the trade market in dynasty leagues is the big star in Big D, Dak Prescott, who we sagely suggested you sit in Week Eight. The season ended on a very disappointing note for the Cowboys as they got knocked out of the playoffs in the Wild Card round. Looking forward, this offseason will be interesting (to put it mildly) for the Dallas coaching staff given that Offensive Coordinator Kellen Moore was rumoured to be on the way out, raising questions about what kind of offensive scheme the Cowboys will have next season. The receiving corps dealt with injuries, Ezekiel Elliott was better, but again didn’t live up to his massive contract, and Tony Pollard had some health issues. Given that backdrop, Dak had a ton of challenges to overcome this season.

Based on this uncertainty, owners in your leagues are going to want to sell Prescott, and that’s perfectly okay by us, because we want to trade for him. He’s going to have a busy offseason digesting all the organizational changes and trying to figure out how to connect with the weapons around him, but we see him as a player on the rise — still with untapped potential. This team is very talented, with stars everywhere. We can’t wait to buy low on Dak and see him carry this Texas team to another playoff run. If nothing else, his brother agrees with us.

What a year it’s been for McCaffrey, who not only had to deal with a quarterback carousel from Sam Darnold to P.J. Walker to Cam Newton, but also more injuries. You know what this means for McCaffrey, right? Dynasty owners are going to be nervous about keeping him on their team based on his injury history and him not hitting his points target this year. For us, however, this is an opportunity, as McCaffrey is a guy we want in all formats, and one that we can trade for relatively easily.

We want him on our team because he is going to work hard to heal this offseason and his role on the team should be more vital than ever considering the QB uncertainty and coaching change. Given CMC’s work ethic and willingness to put in the effort to get back to his old self, we don’t think this season is worth fretting about; we’re confident that he’ll be fully healthy and a legitimate top three RB in 2022. Hell, he may even wind up on the cover of Madden 23 (see video below).

We know this isn’t the sexiest name in the bunch, but hear us out. Mooney is going to be a star soon and we want in on him starting next season. As a sophomore in 2021, he experienced a huge jump in receiving yards (1,055) after managing just 631 as a rookie. Now, Mooney heads into his third season — traditionally the year in which wide receivers experience breakouts.

Yes, he is dealing with multiple quarterbacks and now a change in coaching, but we saw the chemistry he has with Justin Fields. We expect to see them build on that next year and a new coach to make Mooney a much better player. Trade for him now and reap the rewards next season… and for years to come.

French pop singer Claude Francois was active from 1962 until his death in 1978. In 1987, the compilation album 10 Ans Deja was released, featuring “Alexandrie, Alexandra,” a tune that was originally released on his 1977 album Magnolias for Ever. The video below was filmed just a few weeks before his untimely death (he tried to straighten a light fixture while he was standing in bath water — let that be a lesson to you!).

By Cody Cook
This entry was posted on Tuesday, January 25th, 2022 at 2:33 pm and is filed under Cody Cook, Dynasty Leagues, FOOTBALL. You can follow any responses to this entry through the RSS 2.0 feed. Both comments and pings are currently closed.