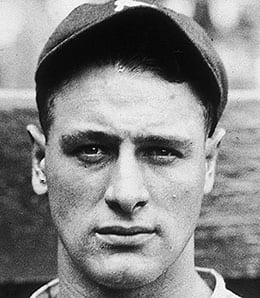 Ah, yes. The four-homer game. It’s about as rare a feat as can be found in the game of baseball, accomplished just 14 times in history, first in 1932 and most recently last season.

Obviously, there are a couple of names that stick out on this list like a sore thumb, starting with Seerey. Whiten’s inclusion, given his relatively short career and very brief time as a full-time player, is also a big surprise.

Curiously, two of the players (Klein and Seerey) accomplished the feat during seasons in which they were traded. Seerey was the only man that ever hit four dingers in a game in a season in which he failed to even reach 20. At 86 career jacks in 561 games, he also had the briefest career with the fewest homers of any of the fabled 14.

Ten of the 14 spanked at least 300 long balls in their careers and Hamilton could easily make that 11 before he’s done. Five of them stuck around long enough to play at least 2,000 games.

Four of the group are Hall of Famers: Schmidt, Mays, Klein and Gehrig, with Hamilton still working on that status. Check back in about a decade or so to see if Hambone is a worthy candidate to be the fifth Hall of Famer with a four-homer game on his resume.

By RotoRob
Tags: Lou Gehrig
This entry was posted on Saturday, October 5th, 2013 at 2:23 pm and is filed under BASEBALL, RotoRob. You can follow any responses to this entry through the RSS 2.0 feed. Both comments and pings are currently closed.