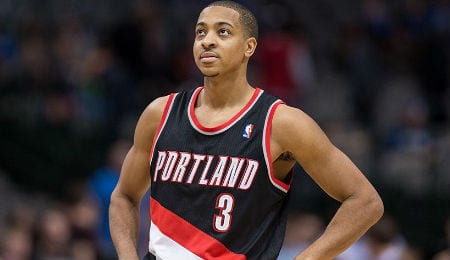 CJ McCollum, PG/SG, Portland Trail Blazers (ESPN: 7.3 per cent; CBS: 11 per cent): After coming off the bench on April 1 and scoring 13 points (including shooting 3-for-4 from deep and 5-for-6 overall) in 13 minutes, McCollum received a significant boost in minutes and he hasn’t let up. The next game he scored 27 in 27 minutes and has now scored in double figures his last six games while putting up good rebounding numbers for a guard. With the Blazers having all but locked up the four seed, McCollum could get a start if the team opts to rest Damian Lillard for a game. Opposing players better not have a nap around him because McCollum is also one sneaky little bugger (see video below).