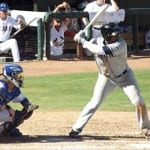 Rymer Liriano’s extra-base pop slipped after a promotion to Double-A. 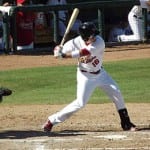 Colin Walsh has very modest speed, but it didn’t materialize at all in the AFL. 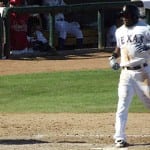 Hanser Alberto needs to improve his walk rate if he`s going to succeed at higher levels. 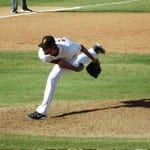 Chris Martin pitched exclusively out of the bullpen in the AFL. 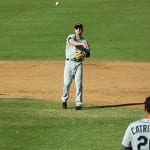 Cory Spangenberg (left) is seen here playing catch and just after the 2011 10th overall pick released this throw, Tim McLeod caught it in the stands 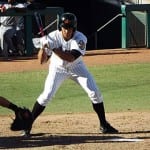 Houston outfield prospect George Springer got plenty of hits in the AFL. 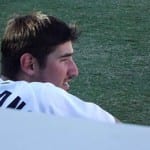 Nick Castellano dominated High-A for 55 games before forcing his way to Double-A. 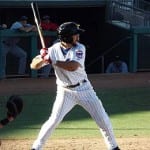 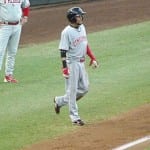 Cincinnati Reds’ outfield prospect Billy Hamilton struggled to get hits in the AFL. 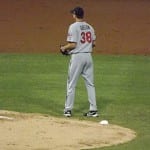 Minnesota Twins’ pitching prospect Kyle Gibson had a better ERA at the AFL.

By RotoRob
Tags: Rymer Liriano
This entry was posted on Tuesday, February 5th, 2013 at 11:44 am and is filed under Arizona Fall League, BASEBALL, Event coverage, Gallery, Prospects, RotoRob, Tim McLeod. You can follow any responses to this entry through the RSS 2.0 feed. Both comments and pings are currently closed.