Last month, Tim McLeod visited the Arizona Fall League, filing a full scouting report. The multi-talented McLeod also took some photographs — tons of them in fact. And we’re going to bring you the best of those images over the next few weeks in a series of galleries. 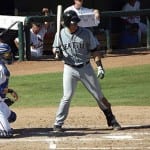 Seattle Mariners catching prospect Mike Zunino, pictured at the plate here, piled up the counting stats at the AFL. 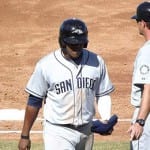 Rymer Liriano, pictured here after an unsuccessful SB attempt, flashed a bit of power at High-A before being promoted to Double-A. 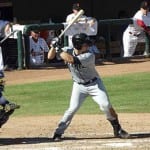 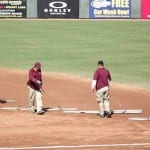 The grounds crew did a great job keeping the field in tip top shape for all the prospects. 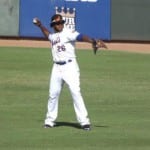 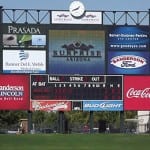 The spectacular stadium in Surprise – Cactus League home of both the Royals and Rangers — is a fine place to see a ballgame. 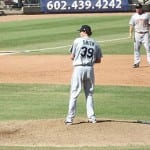 Seattle Mariners’ relief prospect Carson Smith, who enjoyed solid K rates at High-A, was even more effective at the AFL. 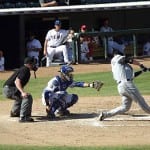 San Diego Padres’ second base prospect Cory Spangenberg averaged over a hit per game in the AFL. 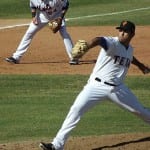 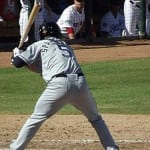 By RotoRob
This entry was posted on Tuesday, December 4th, 2012 at 2:25 pm and is filed under Arizona Fall League, BASEBALL, Event coverage, Gallery, Prospects, RotoRob, Tim McLeod. You can follow any responses to this entry through the RSS 2.0 feed. Both comments and pings are currently closed.