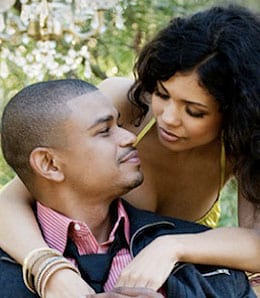 When Earl Watson hasn’t been getting beat up by his wife, he’s been dropping dimes.

In case you hadn’t noticed, the NBA is back, and with the dawn of a new season, the NBA version of the Wire Troll returns. Buck Davidson, who did a superb job on the Troll the past couple of seasons, is focusing on our newest venture – RotoRob’s Fantasy Baseball 365 Podcast – so your trust editor will be handling the Troll this season.

Note that in the interest of providing you with recommendations that aren’t already littered all over the Internet, we are going to limit our focus to players that are owned in less than 50 per cent of Fantasy leagues, meaning you’ll often see flier or deep-league picks.

So strap yourself in, and let’s get to our Fantasy basketball waiver wire choices of the week.

Earl Watson, Utah Jazz: If you’re in a pretty deep league (16 teams or more) and need help in assists, cast your eyes towards the veteran Watson. He’s regularly been logging at least 20 minutes off the Jazz bench and has picked up 20 assists over the last three games while hitting double digits in scoring on Friday for the first time this season. Watson is also going to help you in steals and with Devin Harris struggling in the early going, there’s opportunity for a bit more PT. Consider that on Friday Watson led the Jazz with a +19 (compared to -8 for Harris), indicating that the offense was working when he was on the floor. That could translate into a larger role going forward, especially if Harris’ calf starts barking again. We assumed Harris’ job was safe in the pre-season, but we’re not as sure anymore.

James Jones, Miami Heat: With Dwyane Wade nursing a foot injury, Jones has started the past two games and canned five treys. He doesn’t do much else, and this is an extremely short-term pickup, but if you need a spot start and could use a deep threat, Jones makes a decent plug-and-play option (assuming Flash can’t go again on Saturday). Just know that he’s bound to fall out of the rotation in time, just as he did last season.

Iman Shumpert, New York Knicks: Now that he’s back from his knee injury, Shumpert is putting up nice numbers as the Knicks’ sixth man and could easily be starting soon.

Jan Vesely, Washington Wizards: Finally healthy, Vesely was active for Friday for the first time this season, and while he didn’t get any action, the Wizards – desperate for a spark — will want to see what they have on their hands in the first round pick. And with only the extremely underwhelming Rashard Lewis blocking his path at small forward, it’s just a matter of time before Vesely starts to make his mark. At the very least, he should be an impact player off the bench, as we predicted in our NBA draft preview last year. If you want to make a pre-emptive, speculative strike, now’s the time.

Marreese Speights, Memphis Grizzlies: Already missing back-up big Darrell Arthur, last week the Grizzlies were dealt a huge blow when Zach Randolph suffered a knee injury that could sideline him for two months. To address its frontcourt issues, Memphis deal for the promising Speights, who had been gathering splinters on the Sixer bench, failing to see any action yet this season. When given a chance to play, Speights has flashed incredible potential, and it looks like he’ll get the opportunity to see plenty of action for the Grizzlies. He didn’t do much in his Memphis debut, but be patient – Speights could be starting at PF by the end of the week and doing major damage. It’s been a couple of years since he was a Fantasy option, but this trade could change that.

Terrence Williams, Houston Rockets: With Courtney Lee out, he’s starting to get the minutes and has the potential to fill the stat sheet.

Drew Gooden, Milwaukee Bucks: For the past two games, starting centre Andrew Bogut has been sidelined for undisclosed personal reasons (perhaps a dingo stole his baby?) and his absence has allowed Gooden to move into the starting five. He put up a double-double in his first game and fell just a rebound shy of doing it again Thursday. Gooden stunk for most of last season until he emerged with value late in the season. He’s getting a quicker start this season, but then again, we have no idea how long it will take Bogut to track down that dingo and send Gooden back to the bench.

Jason Thompson, Sacramento Kings: When the Kings dealt away Carl Landry last season, we expected Thompson to get a boost in value, and sure enough he did finish strong, enjoying his finest rebounding month in March and then his best offensive month in April. So far this season, however, Thompson hasn’t been getting enough burn off the bench to be of use. That could change now that Chuck Hayes has suffered a dislocated shoulder that will sideline him for up to a month. The Kings could shift starting centre DeMarcus Cousins to PF, allowing Thompson to start in the middle. Keep an eye on how this plays out, but either way, Thompson – and J.J. Hickson – will each be getting more minutes in Sac Town.

Byron Mullens, Charlotte Bobcats: Mullens is making some serious noise off the bench lately, breaking his career high in points in three straight games. Could the 2009 first rounder finally be coming into his own?

Kosta Koufos, Denver Nuggets: Now that Nene is back, this isn’t as exciting a pick anymore, yet Koufos did enough off the bench Friday to warrant attention in very deep leagues. His shooting percentage is off the charts so far and that should command more PT.

By RotoRob
This entry was posted on Saturday, January 7th, 2012 at 2:08 pm and is filed under BASKETBALL, RotoRob, The Wire Troll. You can follow any responses to this entry through the RSS 2.0 feed. You can skip to the end and leave a response. Pinging is currently not allowed.