Posts Tagged ‘The Last of Us’ 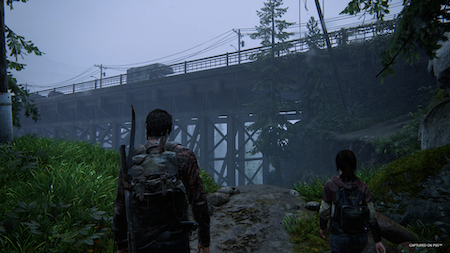 While the former favours story and the latter favours action, the time with Riley is not just walking around, and Joel’s bit isn’t all fighting. While uncommon, there are instances when Ellie and Riley play a game that will take the game’s established mechanics and give them an interesting twist. These bits are charming and fun enough that we will definitely be returning to this at some point just to experience them again.

By Casey Curran
Tags: The Last of Us
Posted in Casey Curran, Video Game Reviews | 2 Comments »