Video Game Review: The Last of Us Remastered 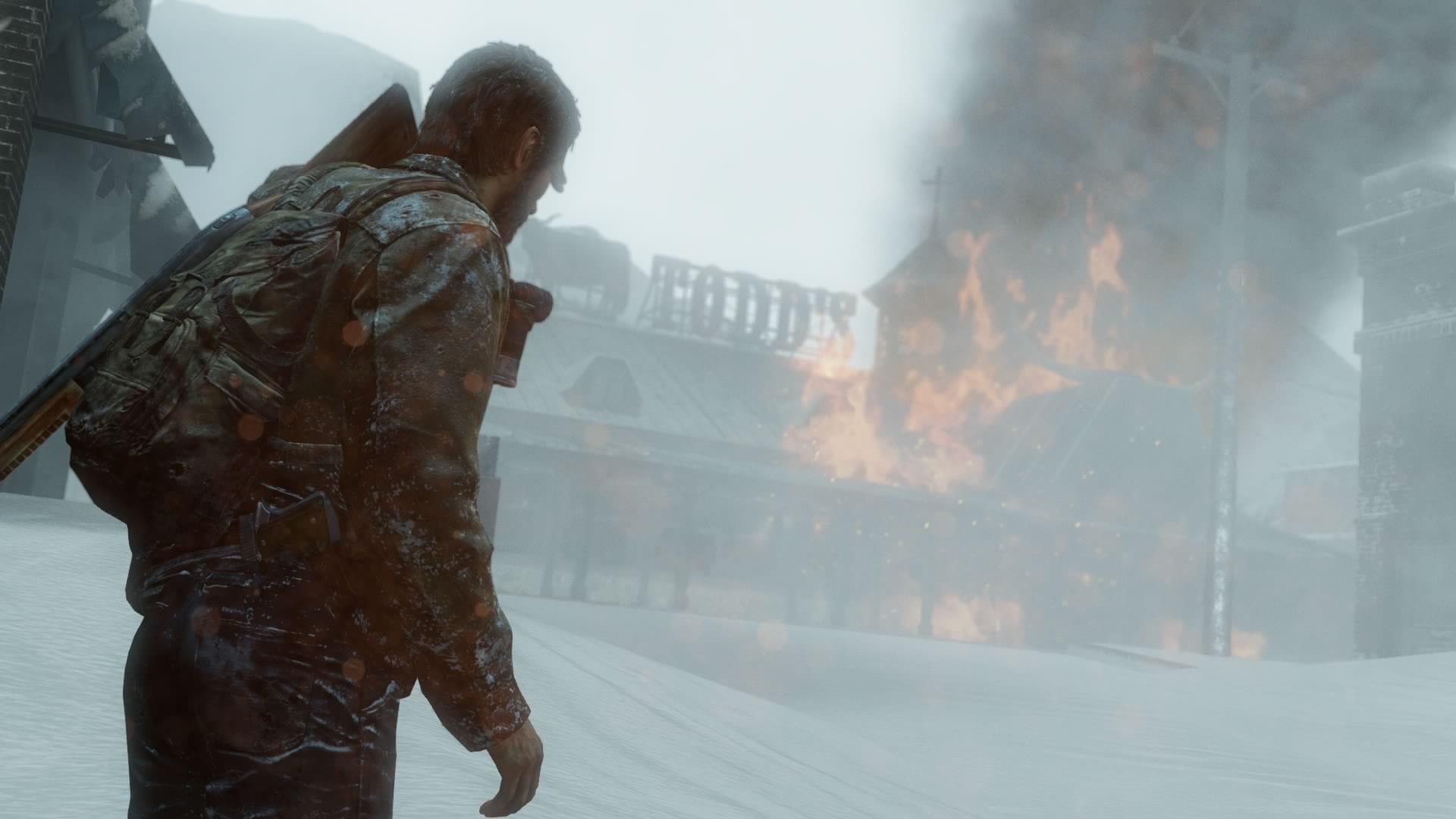 Some people just want to watch the world burn.

Originally released in June of last year for the PlayStation 3, The Last of Us has been ported to Sony’s PS4 and bundled with all the Season Pass DLC (most notably Left Behind) and rechristened The Last of Us Remastered. Checking in at US$49.99, is this the definitive edition of Naughty Dog’s masterpiece? Let’s fire up the PS4 and take Ellie on that long journey west to find out.

On the off chance that you: (a) didn’t own a PS3, but do own a PS4; or (b) somehow never played The Last of Us before (and, once again, own a PS4), then feel free to stop reading now, drive directly to your nearest electronics retailer and purchase a copy. This is, without question, one of the best games (if not the best) from the last generation of consoles, and that fact hasn’t changed one iota.

What has changed is the graphical quality. The jump to the more powerful PS4 allows the game to run in full 1080p at a buttery smooth 60 frames per second — you may notice a dip here and there, but even then it still performs better than the PS3 version. Lighting, draw distance and textures have also been amped up, though it’s a testament to just how much Naughty Dog squeezed out of the PS3 that it isn’t that dramatic of a difference.

For those that didn’t take the plunge on the Season Pass, Remastered also includes the excellent single-player add-on, Left Behind, along with multiplayer map packs Abandoned Territories and Reclaimed Territories. A directory’s commentary for the game’s cinematic sections, featuring the actors behind Ellie and Joel as well as creative director Neil Druckmann rounds out a modest list of new features.

All of which brings us to the big question: is The Last of Us Remastered worth buying if you already played it on the PS3? That answer figures to be personal in nature. If you spent almost US$100 on the game and Season Pass just a little over a year ago, you could be forgiven for not wanting to shell out another US$50 to play the same content again with moderately better graphics.

However, if, like us, you only played through the game once and never got around to checking out the DLC, then the answer is a definite yes. It was surprising how quickly we were drawn back in, and even more shocking at how much we’d retained on a single playthrough. Those moments when you’re navigating a darkened room full of tickers, or those when the emotional aspects of the game masterfully tug at your heartstrings. After all, it’s still The Last of Us.

As a standalone product, The Last of Us Remastered is the best version of a phenomenal game, and it’s absolutely worth every penny. Viewed as an incremental improvement over a title that’s barely a year old, however, and it becomes a little hazier. Ultimately, unless you’ve absolutely had enough of the game, Remastered is a great excuse to play through it again.

By HC Green
Tags: PlayStation 3, The Last of Us Remastered
This entry was posted on Thursday, August 7th, 2014 at 3:22 am and is filed under Herija Green, Video Game Reviews. You can follow any responses to this entry through the RSS 2.0 feed. Both comments and pings are currently closed.