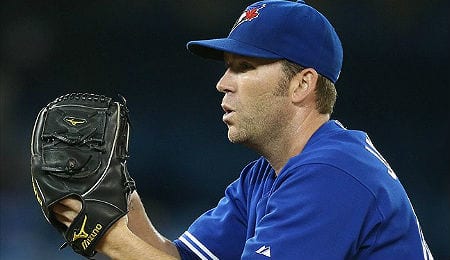 Casey Janssen has signed a one-year deal with the Nats. (Tom Szczerbowski-US PRESSWIRE)

Among the topics we harassed into submission: