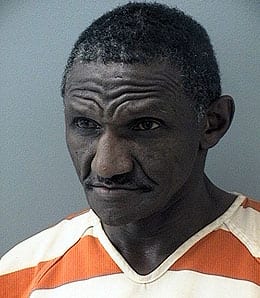 How huge was the New York Yankees’ 4-1 win over the Boston Red Sox Friday?

For starters, the Yanks had lost a season-high five straight games, so desperately needed any win. But to start a series against their arch rivals with a victory to pull within a game of the lead in the AL East is massive.

The fact that CC Sabathia – who has struggled against the Red Sox over the years – was light outs was an even better sign. The big man was reaching 94 mph on the gun (a fantastic turn of events considering how much his velocity is down this season) and wound up tossing 7 1/3 IP of one-run ball for his best start since early April.

Sabathia matched a season-high with 10 strikeouts and did not walk a batter in earning his fifth win of the season – but just his first of May. He had gone five starts without earning a W, which is just one off his worst drought ever.

Back in mid-November we had worries about how Sabathia would hold up this season from a health perspective, and while he’s taken the ball every time it’s been his turn and has already amassed 80 IP (putting him on pace for his biggest workload since 2008), the decrease in his average fastball speed from 92.3 to 90 mph is worrisome – especially since Sabathia is using his heater more than last year.

His K rate is down this season, so now might be an ideal time to consider selling high on Sabathia. There have to be lingering questions about how much the offseason elbow surgery is affected him, but after Friday’s gem, float his name out and see what comes back.

Crave more in-depth Fantasy analysis? Then join us every Thursday at 9 p.m. EST for RotoRob’s Fantasy Baseball Weekly Podcast on Blogtalkradio. Tim McLeod and RotoRob will entertain and edify you for a half hour or more each week. Next week (June 6), we’re off because of the NHL playoffs, but will return on June 13. Tune in here.

By RotoRob
This entry was posted on Saturday, June 1st, 2013 at 3:10 pm and is filed under BASEBALL, MLB Today, RotoRob. You can follow any responses to this entry through the RSS 2.0 feed. Both comments and pings are currently closed.