Podcast: The Quest for Pitching… and Pizza 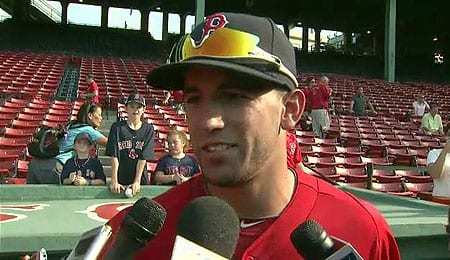 The signing of draft choice Deven Marrero gives the BoSox yet another “shortstop of the future.”

On this week’s episode of RotoRob’s Fantasy Baseball Weekly Podcast (heard every Thursday at 9 p.m. on Blogtalkradio), Buck, Tim and myself discussed runaway seals, Pamela Anderson’s attractiveness (or lack thereof) and Rob’s need to have pizza. Oh, and we also provided a crapload of Fantasy baseball analysis.

As always, hear the Podcast in its glorious completeness by clicking the arrow thingy below.

By RotoRob
This entry was posted on Friday, June 22nd, 2012 at 1:43 pm and is filed under BASEBALL, Buck Davidson, Podcast, RotoRob, RotoRob's Fantasy Baseball Weekly, Tim McLeod. You can follow any responses to this entry through the RSS 2.0 feed. Both comments and pings are currently closed.