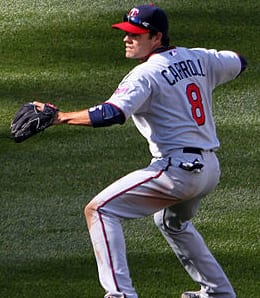 The Twins finally clued in that Jamey Carroll is not a starting-calibre shortstop.

While RotoRob is lost in playoff anguish, Buck and Tim carry on with RotoRob’s Fantasy Baseball Weekly, heard each Thursday at 9 p.m. EST on Blogtalkradio.

In this week’s episode, the boys covered a veritable cornucopia of Fantasy baseball goodness, including:

Listen to the Podcast in its entirety by clicking that funky arrow thingy below.

By RotoRob
Tags: Minnesota Twins
This entry was posted on Friday, May 11th, 2012 at 4:40 pm and is filed under BASEBALL, Buck Davidson, Podcast, RotoRob's Fantasy Baseball Weekly, Tim McLeod. You can follow any responses to this entry through the RSS 2.0 feed. Both comments and pings are currently closed.