Podcast: Carlos Pena Heads Back to the Bay 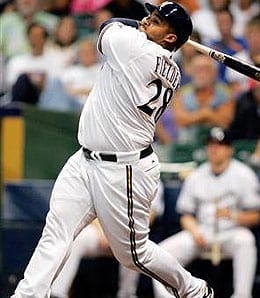 RotoRob’s Fantasy Baseball 365 Podcast was back for another episode Thursday night. In what was our most spirited show yet, Buck, Tim and I provided our analysis for a bevy of Fantasy baseball news, including:

If you missed our Podcast Thursday, fear not. Simply click the play button below to hear it in its entirety. Do it. Now!

By RotoRob
This entry was posted on Friday, January 27th, 2012 at 12:39 pm and is filed under BASEBALL, Buck Davidson, Podcast, RotoRob, RotoRob's Fantasy Baseball 365, Tim McLeod. You can follow any responses to this entry through the RSS 2.0 feed. Responses are currently closed, but you can trackback from your own site.