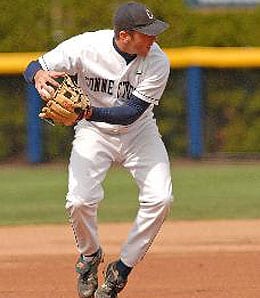 Texas has another strong youngster on the way in Michael Olt.

Chris Young is perhaps about a month away from returning to the Padre rotation, so it would be a smart idea to monitor his progress and think about snatching him off the wire in a couple of weeks if he remains on track.

Ho-hum…Mariano Rivera has rhymed off eight straight scoreless outings, and other than a bumpy May (for him, anyways, it’s all relative, right?) in which he recorded a 3.68 ERA, check out his ERA by month: April 0.00, June 0.00, July 0.96, August 0.00. With four months of the schedule complete, Mo has not been scored on in half of those months, and he was barely touched in a third. At the age of 40, Rivera is not showing any cracks in his game and part of the reason for that is because the Yankees are being smart about his workload. He’s on pace to appear in just 61 games which would be his lowest since 2002, when he missed a good chunk of the season with injuries. Not only are opponents batting a mere .141 against him (his lowest BAA ever), but the dude is on track for the lowest WHIP and ERA of his absolutely brilliant career – a career that just seems to be getting better by the season. I think we’re all just running out of superlatives on this one…

If the Dodgers continue to fall out of the race – they’ve now plummeted to fourth in the NL West – they would love to move Manny Ramirez before the waiver trade deadline at the end of the this month. The only problem is you can’t put a player that’s on the DL on waivers, and considering he’s still dealing with calf soreness, that’s not looking promising. Personally, I’d love to see Manny dealt to a playoff bound team, because he thrives on post-season play with 29 homers in 111 career games.

The Texas Rangers – one of the best stories of 2010 – have another promising youngster on the way in third baseman Michael Olt, the 49th overall pick in this year’s draft. The former UConn star was considered one of the better college hitters available in this year’s draft, although this was not a strong draft class for collegiate bats. After penning a $717,200 bonus, Olt was assigned to the Spokane Indians of the Short-Season Class-A Northwest League, and he’s definitely held his own. In 43 games, the soon-to-be-22-year-old has hit .276 with 31 runs, five homers, 23 RBI and an 825 OPS. Known for his good bat speed, the kid has already started to act like a pro, creating his own Twitter account and building up his followers although, so far, he hasn’t Tweeted anything outlandish.

Back in late-April, we suggested that Jim Thome could still be useful in very deep AL-only leagues based on his power. Well, it better be a pretty darned deep league. Thome, dealing with a back issue recently, has managed just two hits since July 26. Getting enough at-bats to be useful has been the real problem here, as the Twins have a ton of spare parts that need to be shuffled in and out of the lineup. And while Thome made the most of his limited opportunities with eight homers between June and July, and he’s headed for his best OPS since 2007, the counting stats just aren’t there for this aging DH, three weeks shy of his 40th birthday. It’s clear his career is grinding to a halt, and that brings up an interesting question: is Thome a Hall of Famer? Since 2006, he’s been almost exclusively a designated hitter, so that’s definitely going to work against him, but we’re talking about a player that’s within shouting distance of 600 homers and is just an RBI shy of 1,600 for his career. He has a career OPS of 959, compared to recently inducted players Jim Rice (854) and Andre Dawson (806).

Back in mid-May, we speculated that Jason Bay was about to go on a tear, and we were bang on there, as he wound up hitting over .300 with 15 RBI that month. Unfortunately, it’s been downhill since then as Bay has simply not been able to provide much return on the Mets’ investment in year one of his contract. He’s currently on the DL dealing with concussion issues, and there’s still no timetable for his return. It certainly doesn’t look like he’ll be ready to come off the DL when eligible on Tuesday. Bay has already been cut in some shallower leagues, and with reports that he’s not close to returning, expect him to wind up on plenty more in the coming weeks. If you’re in one of those shallow leagues, I’d suggest you dump Bay for Luke Scott, who might still be available.

Tom Cochran, Boston’s 20th round pick in 2003, is making a bit of noise in the minors for the Reds this season. He spent several years in Indy ball before Cincy brought him back to organized ball last year. And given that he’s already 27, Cochran’s window for getting to the Show is limited, but he’s been superb at Double-A this year, going 7-5, 2.89, with 81 Ks against 44 walks in 21 starts and 112 IP. Cochran’s been roughed up in three of his last four starts, but before that he was looking like he was ready to head back to Triple-A (where he made three starts last year). The Reds have a fair amount of pitching depth, but it’s always nice to see former Indy players make good, so if nothing else, I’ll be rooting for Cochran to get a chance.

By RotoRob
Tags: Chris Young
This entry was posted on Friday, August 6th, 2010 at 2:32 pm and is filed under BASEBALL, Fantasy Notes, RotoRob. You can follow any responses to this entry through the RSS 2.0 feed. Both comments and pings are currently closed.