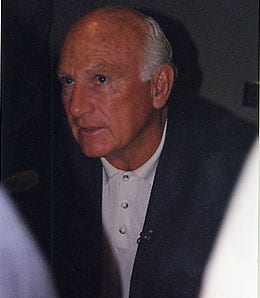 Harmon Killebrew’s image — the younger version, that is — adorns the windscreen on beautiful new Target Field.

The Minnesota Twins have a new home, but are perched in a familiar place as they seek their second straight AL Central title.

Except this year, in winning their first five series of the season, they’ve opted to be the front runners as opposed to 2009, when they had to battle back late in the schedule and had a little help thanks to the Tigers’ collapse.

In fact, only the Tampa Bay Rays sport a better record in all of baseball through the first three weeks and change of 2010.

It’s an exciting time for baseball in Minneapolis as Target Field has received glowing reports with its limestone facing, windscreen (complete with baseball cards of Twin greats like Harmon Killebrew and…Marty Cordova?), and phenomenal scoreboard.

And then there are some of the amazing early-season performances by some of their personnel.

Justin Morneau has been unconscious so far this year. He’s hit in six straight games, including four multi-hit efforts, racking up six runs, four doubles, two dingers, seven RBI and seven walks against – get this – zero strikeouts during this stretch. Morneau is coming off back-to-back solid years (although he’s missed quite a bit of time last year), but this season he’s taken it to a new level and is leading the majors in walks. If he stays healthy, he’ll vastly exceed our expectations. We ranked him as the eighth best at a very deep position, but Morneau will be a top five first baseman if he can keep this up.

Jim Thome’s batting average continues to decline, and he’s no longer an everyday player, but the 39-year-old veteran is proving that he can still mash. With three dingers and three doubles in just 34 at bats, the fifth best DH option might be able to help you in a very deep AL-only league.

Joe Mauer doesn’t look like he’s going to duplicate last season’s power break out, but that doesn’t mean he’s not continuing to improve as a hitter. On the weekend he stroked seven hits, including a five-hit effort on Saturday, to jack his average over .380. For his career, the dude now has three five-hit games and has had at least four hits in a game 14 times. He’s also drawing plenty of walks, hence that ridiculous .450 OBP. Could Mauer win a third straight batting title, and fourth in five years? Duh! I guess that fat new contact isn’t slowing him down.

The Twins are holding their breath that Nick Punto won’t be lost for the season, but they haven’t skipped a beat without him. Punto’s ability to play multiple positions is a definite bonus. Okay, so Brendan Harris isn’t an ideal replacement, but he’s being doing a solid job of getting on base, and with the rest of the lineup generally hitting well, Minny will be fine at the hot corner. Plus Harris also brings multi-positional eligibility.

Of course the biggest loss for the team was when Joe Nathan needed Tommy John surgery, wiping out his 2010. No Nathan? No problem, apparently, as Jon Rauch has been superb in his stead, soaring up the rankings as a result. He nailed down his first six save chances, and even when he finally blew one on Saturday, the team was there to pick him up and Rauch walked away with a win. He’s not striking out as many batters as he normally does, but he’s also walking fewer, and has quickly become one of the better early-season waiver wire picks. Of course, that ship sailed very early in the season, so kudos to you if you jumped on Rauch either prior to or right at the very start of the regular season.

The Twinkie bullpen got a boost Saturday when Pat Neshek returned to action after missing the past week and a half because his middle finger was sore. Guess this injury-prone reliever better stop flipping people the bird. At any rate, Neshek has been stellar so far, so could be a decent asset in a very deep AL-only league.

Kevin Slowey owner can’t decide whether to dump him or keep him, it seems. His first start of the season was strong, but after a weak outing against Boston (not a surprise), plenty of people dumped him. And then he goes and throws an absolute gem against Cleveland (again, no surprise). So owners start picking him up again, but then Slowey had a substandard start in KC (which, surprisingly, isn’t a shock, as the Royals have hit well in the early going). Does that mean owners will dump him again? If Slowey is out there in your league, go ahead and grab him. Yes, he had offseason surgery, but his hit rates so far have been much improved, and he gets another crack at the Indians in his next start Saturday. You definitely want Slowey active for that outing; he remains a solid Fantasy option.

So, the season is almost 12 per cent complete, and Jason Kubel has been perhaps the biggest disappointment on the Twins so far this year. In his past nine games, Kubel is in a 2-for-31 rut, losing over 100 points on his average in dropping to .169. He’s been winding up on some waiver wires as a result. Can you say opportunity? If you have some room to stash Kubel, go ahead and grab him. The dude has been extremely unlucky so far (.195 BABIP). He’s been drawing plenty of walks and you have to know his patience will pay off in time. We’re talking about a player that just missed his first 30-100-.300 season last year, yet is almost universally underrated. Good things come to those that wait, and Kubel owners will be rewarded in time. Don’t forget that April has been his worst month in recent seasons and while Mays aren’t much better, Kubel has traditionally been Mr. June. You’re definitely going to want him on your roster when that happens. Okay, granted, he’s not playing like a top 30 outfielder as we forecasted, but he’s definitely better than No. 115, where ESPN currently lists him.

By RotoRob
Tags: Minnesota Twins
This entry was posted on Tuesday, April 27th, 2010 at 12:36 pm and is filed under BASEBALL, RotoRob, Team report. You can follow any responses to this entry through the RSS 2.0 feed. Both comments and pings are currently closed.