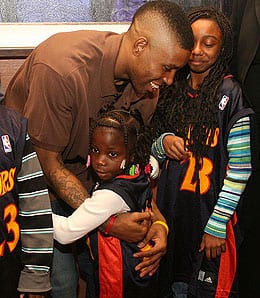 The trade deadline has come and gone and while it wasn’t exactly a whirlwind of excitement, we saw plenty of movement, the ramifications of which may generate some of the names you see in this week’s column.

This week, Mark Cuban let the world know what he thinks about Kobe Bryant; Deron Williams’ ankle woes are getting worse; and Andrew Bogut is hurt… again.

Carlos Delfino, SG/SF, Houston Rockets: Delfino got a Wire Troll nod last month and he’s back for another look having started the last two games at the four for the Rockets (with Patrick Patterson and Marcus Morris both moved in deals). We hope you took our advice in January as Delfino sunk more buckets last month and has been flawless at the line so far in February. On Friday, he went off for 22 points to help Houston maintain its dominance over the Nets. Thomas Robinson (see below) could soon take over the starting PF job, but for now Delfino is a great add — especially if you need treys.

Marcus Thornton, SG, Sacramento Kings: We placed Thornton sixth in our Shooting Guard Rankings but he’s barely been a top 60 player at the position given that he’s spent most of the season as a reserve, hasn’t been hoisting as many treys and has seen his scoring plummet for the second straight season. Yuck. Thornton is small for a two-guard and lacks defensive skills, so that generally caps his minutes depending on who he’s playing with. However, he’s making noise of late, canning six treys and averaging 12 PPG in the two games since returning from a hand injury. Assuming the Kings continue to struggle, perhaps they might clue in to the fact that 33-year-old John Salmons should not be taking minutes away from the still developing Thornton. Watch for a big second half from the offensively talented two-guard.

C.J. Watson, PG, Brooklyn Nets: Watson got the start for Joe Johnson (foot) Friday and with backcourt mate D-Will’s ankle a serious worry, we suspect C.J. could have value down the stretch.

Maurice Harkless, SF, Orlando Magic: Harkless has a sweet four-game sked next week and for category chasers, this rookie has landed on the Fantasy map with five steals in the past four games. He’s been starting for the Magic most of the season, but with Hedo Turkoglu suspended, he is suddenly producing, scoring at least 15 points in three straight games, including 19.5 PPG in the past two. Orlando doesn’t have the roster numbers right now, so who knows how this is going to shake out, but right now he’s a player. How about 46 shot attempts in the past three games? Go get Harkless while he’s hot.

Thomas Robinson, PF, Houston Rockets: As we mentioned in late-December in our NBA Rookie Watch, Robinson was not getting the PT in Sactown, but now that he’s been traded to Houston, perhaps he will be set free — especially with Delfino playing out of position (see above). Robinson needs to see some practice time with the Rockets before he gets some minutes, but if you’re looking to take a flier, this talented youngster is a nice bet. The fifth overall pick from last year’s draft has some skills that are waiting to be showcased. Jump on his train now.

Derrick Williams, PF, Minnesota Timberwolves: Until Kevin Love (hand) comes back, Williams looks like a nice play and his increased bucket count of late bears that out.

Al-Farouq Aminu, SF, New Orleans Hornets: Aminu hasn’t exactly been the model of consistency but he’s shot very well from the line and has averaged double-digit rebounds over the past five games.

Viacheslav Kravtsov, Detroit Pistons: The Pistons’ rookie big man hasn’t made a Fantasy ripple in his career as of yet, but with Andre Drummond out, he’s suddenly getting enough PT to be worth a look in deeper formats. On Friday, Kravtsov played a career-high 29 minutes, responding with his first ever double-double. He’s starting to get more touches, so who knows? Perhaps the Ukrainian will carve out a rotation spot for himself down the stretch. Keep an eye on his PT and if you need short-term help at centre, give him a shot as Drummond is probably out another three weeks at the minimum.

Al Harrington, C/PF, Orlando Magic: Heading into the season, we slotted Harrington 23rd in our Power Forward Rankings, but he has yet to play this season because of complications in the wake of offseason knee surgery. Well, he was active Friday for the first time and while he didn’t make it onto the court, the Magic will need him with Glen Davis done for the year. Harrington is no spring chicken, but he proved he had plenty left in the tank with his performance in Denver last season. Orlando is playing it safe here, but we believe that within a couple of weeks Harrington could be a Fantasy worthy player at a tough to fill position.

Chris Kaman, C, Dallas Mavericks: Kaman has missed the past nine games with a concussion but he could return Sunday after going through contact drills Friday.

Elton Brand, PF/C, Dallas Mavericks: Kaman’s return could affect Brand, but for now, the veteran big man is proving he can still get it done with 15 PPG over the past two, adding seven boards, two blocks, a steal and an assist while shooting well Friday.

By RotoRob
Tags: Mark Cuban
Posted in BASKETBALL, RotoRob, The Wire Troll | Comments Off on The Wire Troll: Carlos Delfino Starting in Houston