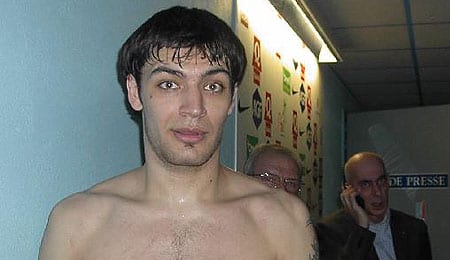 Carlos Delfino (left) looks lost at times, but is sure rolling now.

Sharp Fantasy owners should always pay close attention to the fallout after a coaching change. Does the starting lineup shift? Are there alterations in the rotation? After already seeing coaching switches for the Lakers and Nets this season, this week we had a third move with Milwaukee coach Scott Skiles resigning with the Bucks sitting at .500. Keep an eye on the Bucks over the next few games and be ready to pounce.

This week, Kevin Durant helped add to the Laker misery; Joakim Noah threw a block party as the road warrior Bulls asserted their dominance over the Knicks and helped spin New York into its longest losing streak of the season; and the divorce is off the table (for now) for Kobe and Vanessa Bryant, so y’all can sleep peacefully tonight.

Vince Carter, SG, Dallas Mavericks: Just over a month ago, we recommended Carter as a waiver wire pickup, and he didn’t disappoint, staying healthy and seeing an uptick of minutes in December and sinking more buckets so far this month. Vinsanity managed to shake off a DeMarcus Cousins forearm to the face Thursday to pour in 23 points, which included 13 made free throws out of a season-high 16 trips to the line. If VC stays aggressive like this, the points will come. No, he’s not sinking as many shots from beyond the arc of late, but that’s because he’s driving to the hoop. We like his chances of maintaining consistent scoring with the latter approach.

Carlos Delfino, SG/SF, Houston Rockets: Delfino is not exactly known for his consistency, but when he gets on a roll, you want him on your team. He’s the kind of dude that always seems to do something useful. Friday, for instance, Delfino’s shot went cold, yet he dropped four dimes. He’s been putting on a serious show from downtown lately and with Houston running an up-tempo offense, he could be a real producer in that department. We’d like to see him get a bit more PT, but it’s a great sign that Delfino is getting the rock more lately (with the majority of his shots coming from beyond the arc) and so far he’s been sinking more buckets in Houston than he did last season for the Bucks.

MarShon Brooks, SG, Brooklyn Nets: Brooks has been playing an important role off the bench lately and he could get more run with Gerald Wallace possibly out for a game or two after that nasty spill Friday.

Alan Anderson, SG, Toronto Raptors: The Raptors are on a roll of late, and really spreading things around, allowing Anderson to rack up some nice numbers, including a career-high 27 points Sunday and another 16 Friday.

Earl Clark, SF/PF, Los Angles Lakers: Acquired by the Lakers from the Magic this offseason, Clark has really been paying dividends lately with the LA’s frontcourt falling apart. Dwight Howard and Pau Gasol are both out and now Jordan Hill (hip) is done for the season, opening the door for Clark. After a huge game Wednesday (22 points, 13 boards, three assists and a three), Clark got the start Friday and responded with another double-double while adding three blocks and a steal. Having gone from an afterthought to a starter in less than a week, this dude is going to be one of the top waiver wire picks of the week, so jump quickly here.

Jared Sullinger, PF, Boston Celtics: At the end of December in our NBA Rookie Watch we mentioned that Sullinger was starting to get burn in Beantown and the way he’s playing lately, he’s certainly not looking like a rookie. He’s racked up back-to-back double-doubles, on Friday scoring all 14 of his points in the first half before fouling out. The consistent foul trouble will cap Sullinger’s minutes, but he seems to always be flirting with double-doubles and his board crashing exploits have helped breathe much-needed life in to the Celtics of late.

Reggie Evans, PF, Brooklyn Nets: Need boards? Evans has ripped 50 balls off the glass in the last three games. No, that’s not a misprint.

Greg Smith, PF, Houston Rockets: The minutes are spotty, so Smith is only viable for very deep leagues, but twice in the past week he put up sweet numbers when given the PT. At the very least, put this youngster on your radar.

Robert Sacre, Los Angeles Lakers: Sacre is also benefiting from the wave of injuries to the Lakers’ big men, and he’s worth a look in deeper formats. On Friday, he scored six points with four boards and a block, limited in his PT because he fouled out. Sacre has been starting at centre, and while his rebounding numbers leave something to be desired, if you need help in blocks, he could be useful (six in the past three games). He’s a hard worker, and is getting a chance to stake a claim on a rotation spot, so pay close attention to what Sacre does over the next few games.

Festus Ezeli, Golden State Warriors: Ezeli has spent almost the entire season starting for the Warriors, yet the rookie has received virtually zero Fantasy attention. However, the PT is on the rise of late (22.5 MPG over the last two), so it’s time to at least get this kid on the radar. Ezeli had six points and three steals Wednesday, then pulled down seven boards Friday. Andrew Bogut (ankle) is making progress, but in the meantime, Ezeli is finally starting to get a bit of traction at a position that is hard to find waiver wire help from.

Glen Davis, C/PF, Orlando Magic: Orlando has struggled without Big Baby, but he’s nearly ready to return from a shoulder woe and has been dropped in plenty of leagues. Stash him now.

Spencer Hawes, C/PF, Philadelphia 76ers: Philly has struggled offensively this season so when Hawes contributes like he did this week (18 PPG in the first two games), you should pay attention. He’s seeing enough PT to be a worthy pickup in all formats.

By RotoRob
This entry was posted on Saturday, January 12th, 2013 at 1:59 pm and is filed under BASKETBALL, RotoRob, The Wire Troll. You can follow any responses to this entry through the RSS 2.0 feed. You can leave a response, or trackback from your own site.