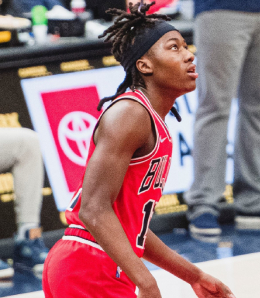 Welcome back to another season of Fantasy basketball. The NBA regular season kicks off on Tuesday, so let’s get a jump on our waiver wire picks, which — as always — consist only of players available in 50 per cent or more of ESPN and CBS leagues.

This week, the Lakers apparently want to see how Russell Westbrook fares off the bench (although now he’s hurt, too!); Draymond Green has returned to the Dubs, vowing to let go of the past; and Ben Simmons continues to get scorched on social media.

And now, let’s get to the season’s first batch of…

Ayo Dosunmu, SG/PG, Chicago Bulls (ESPN: 7.2 per cent; CBS: 50 per cent): A waiver wire darling last season, Dosunmu has a chance to be very valuable early on in 2022-23 with Lonzo Ball (knee surgery) out indefinitely. Chicago Coach Billy Donovan has expressed complete faith in Dosunmu running the attack while Ball is recuperating after Dosunmu put up an impressive rookie campaign in 2021-22. Good sized for a combo guard, Dosunmu finished as a top 35 two-guard last season, and with his defensive skills, strength and quickness, the 38th overall pick in last year’s draft offers plenty of upside, even if he’s not the most athletic player. Hell, even graphic artists seem to be enthralled by him (see video below).

Jalen Williams, SG/SF, Oklahoma City Thunder (ESPN: 1.6 per cent; CBS: NA): The 12th overall pick in this year’s draft has enjoyed a great preseason and has quickly established himself as a key part of the young Thunder core. Santa Clara product Williams showed a great scoring touch on Thursday, going off for a team-high 21 points, and at this point, many are already wondering how he fell so far in the draft. Now it an ideal time to get in on the ground floor of a potential future Fantasy star.

Cody Martin, SG/SF, Charlotte Horners (ESPN: 0.8 per cent; CBS: 5 per cent): We pimped Martin in late-January when he saw extra PT with Gordon Hayward out. Unfortunately, Martin’s PT waned a bit down the stretch, but he’s got another chance to benefit now with LaMelo Ball (ankle) out to begin the season. While Martin is a tad banged up himself, he says he’s feeling better than expected, so this issue looks like it won’t hold him back once the games begin to count. Coming off a season in which his touches were way up — earning him a shiny new four-year deal — he’s poised to act as one of the team’s most important bench players and perhaps even get a starting gig at the outset.

Tari Eason, SF, Houston Rockets (ESPN: 9.3 per cent; CBS: 40 per cent): Another rookie we’re very bullish on is Eason, taken 17th overall in this year’s draft. Compared to Dennis Rodman by some, Eason has been extremely impressive in preseason action. Given Houston’s depth situation, expect Eason to get tons of opportunity to contribute this season — especially considering how defensively sound he is.

Terrence Ross, SG/SF, Orlando Magic (ESPN: 0.5 per cent; CBS: 8 per cent): Ross regressed last season, compounded by a stay in the NBA Health and Safety Protocol. But he’s got a great chance to begin this season hot given how banged up the Magic backcourt currently is (Jalen Suggs, Gary Harris and Markelle Fultz are all hurting). Ross is pretty much locked in as a reserve, but it wouldn’t be a shock to see him get some starts early on if Orlando’s health woes linger. While he didn’t see much PT on Friday, on Thursday he reminded us what he’s capable of, pouring in 17 points in 28 minutes while getting to the charity stripe a team-high six times. That last figure is very encouraging after Ross managed just 2.1 trips to the line per game last season. More of this is key to him enjoying a bounce back, but do bear in mind he’ll be prone to some inconsistency simply by the fact that he’s coming off the bench.

Isaiah Stewart, PF/C, Detroit Pistons (ESPN: 14.3 per cent; CBS: 49 per cent): Stewart has mostly been off the Fantasy radar so far in his career, but he’s been serviceable and definitely showed some improvement as a sophomore in upping his bucket count. But we believe he’s on the cusp of taking an even bigger leap this season. Stewart poured in 16 points in just 23 minutes on Thursday, hinting he’s ready to flirt with being a consistent double-double threat in 2022-23. We’re expecting him to post double-digit points and boards in at least a quarter of his games this season.

By RotoRob
This entry was posted on Saturday, October 15th, 2022 at 12:16 pm and is filed under BASKETBALL, RotoRob, The Wire Troll. You can follow any responses to this entry through the RSS 2.0 feed. Both comments and pings are currently closed.