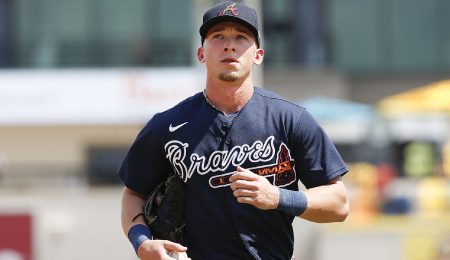 Welcome back to another week of Fantasy baseball. We’re into the latter stages of July now so the season is nearly three-fifths done. If you’re going to make a move, you better mine the waiver wire.

This week, the pitching-thin Mets are expected to acquire Rich Hill from Tampa Bay; The Rays just got even more dangerous by landing Nelson Cruz; and Yermin Mercedes has done an about face, deciding to return to Triple-A just a day after intimating that he was done with baseball.

Drew Waters, OF, Atlanta Braves (ESPN: 1.2 per cent; CBS: 14 per cent): Waters, No. 36 in our Top 100 Prospects this year, had a good start at Triple-A before struggling in June. However, he’s really turned things around this month, batting .310 with a .364 OBP and 955 OPS, prompting speculation that he’s ready for his first taste of the bigs. The Braves just landed Joc Pederson, so that removes any urgency to promote Waters for now, but he remains a superb Dynasty league option. Seeing Waters spank an opposite field dinger on Thursday was definitely a great sign. Oh, and then Waters did it again on Friday (see video below). His fielding numbers look a bit better this season as well, which is good news because that was among his weakest areas, but we know he has a great arm to go along with some excellent speed.

Thairo Estrada, 2B/SS, San Francisco Giants (ESPN: 1.1 per cent; CBS: 3 per cent): Brandon Crawford (oblique) is on the IL, possibly until early August, leaving Estrada to take over as the everyday shortstop for the Giants. Estrada is riding a modest four-game hit streak, during which he’s driven in four runs, to take his July BA up to a whopping .349. He’s now seen almost as much action as he did in all of 2020, but has hit much better this season, and his fielding at shortstop has improved. Estrada looks like a nice short-term addition in deep NL-only leagues.

Nick Gordon, SS/OF, Minnesota Twins (ESPN: 0.5 per cent; CBS: 4 per cent): A former top prospect, Gordon’s star began falling by 2019. However, he’s finally made it to the bigs this year and could be in line for more PT with Cruz getting moved. On Friday, Gordon seized the opportunity with two hits, a run and a ribbie, finally showing some life after a down month. He’s only beeen slightly above replacement level so far (1.5 RAR), but could be in line for a useful second half.

Josh Harrison, 2B/3B/OF, Washington Nationals (ESPN: 40.7 per cent; CBS: 29 per cent): In our season debut of the Wire Troll we recommended Harrison because of the opportunity that had been handed to him. Well, if you didn’t listen then, there’s still time to jump on his train, which has gained momentum now that Starlin Castro (alleged domestic abuse) is not expected to return this season. This has opened up more time at third base and allowed Harrison to play every day either at the hot corner or in left field, and he’s running with it, delivering at least one hit in seven straight games. After a meh June, he’s really hitting well this month (.299) and has already scored his most runs in a season since 2018. For a dude on the roster to be a backup, Harrison has been a bright spot in a lost season for Washington.

Pavin Smith, 1B/OF, Arizona Diamondbacks (ESPN: 29.9 per cent; CBS: 42 per cent): Smith started well, but scuffled last month. However, he’s turned it around so far in July (910 OPS), hitting safely in four straight, with the last two being multi-knock efforts including a big game Friday. Smith has really bounced around in the batting order, spending most of his time hitting leadoff, but could be in line for a nice second half as Arizona is in clear seller’s mode and likely to deal away some key bats which will give the rookie more opportunity. He’s a fine contact hitter, but don’t expect much in the way of steals.

Billy McKinney, OF, Los Angeles Dodgers (ESPN: 0.7 per cent; CBS: 2 per cent): McKinney is sure getting passed around a lot this year. In late-May, he was dealt to the Mets, and now — despite becoming an instant fan fave in New York — he’s been sent across the country to the Dodgers. Don’t expect much here (think short-term deep NL-only formats), but he did double in his Dodger debut and has drawn a walk in both games he’s played for them. With 190 at-bats already this season, McKinney is on pace to smash his career high of 251 set in 2019, when he was still considered a pretty decent prospect for Toronto. In the end, he’s just above a replacement level player, but even then, such a player can have moderate value when given the PT.

New Zealand hip hop band Team Dynamite describes itself on its Facebook page as “that feel good shit.” Here’s “Shepherds Delight,” not to be confused with the tune of the same name by The Clash.

By RotoRob
This entry was posted on Saturday, July 24th, 2021 at 11:25 am and is filed under BASEBALL, RotoRob, The Wire Troll. You can follow any responses to this entry through the RSS 2.0 feed. Both comments and pings are currently closed.